10 Fundamental Reasons to Rebrand Your Company Rebranding isn’t easy, but sometimes it’s the only choice you have. Instead of disrupting operations, compromising on the quality of services, harming the reputation of your brand and letting sales decline, it’s better to swallow the pill and rebrand yourself. But, how do you know it’s time, and you have no other choice left? It’s okay if you are doubtful. This article explains some fundamental reasons to rebrand your company and some successful and not-so-successful examples of rebranding that will surprise you!

You are tapping a new segment

Every market has its characteristics, and a brand must adapt to the new market it plans on tap. Let us say that a clothing brand is expanding its product line by adding apparel for people above the age of retirement. The new segment demands comfortable and durable clothes, unlike young people who are more fashion oriented and are frequent buyers. If the brand’s logo is a skirt worn by a dancing girl, then it’s relevance to the new segment will be low. Hence, to accommodate its expansion, the company must rebrand.

Example: The Tribune Publishing Company changed its logo from a dull one to a rather colorful one and renamed itself to tronc. The rebranding occurred as the company shifted from a newspaper company and tapped the digital arena.

You have a new CEO

A new CEO brings a new vision and legacy to the company. Often a company rebrands when a new leader takes charge of his office and transforms the organizational culture. It is crucial for the new leader’s values and goals to resonate with the company’s style, and it must rebrand if a discrepancy is felt between the two.

Example: When Steve Jobs joined Apple, the company had a rainbow-colored logo. Steve Jobs had a different plan for the company. He wanted Apple to be an epitome of elegance, urbanism, style, and grace. The logo got a monochrome black color followed by silver, successfully creating the desired brand perception in the minds of the consumers.

Rebranding is critical, and it can go wrong if a company was unable to understand its target segment accurately. Customers may not welcome the new change and switch to other competitors if they do not feel a connection with the new brand. Now, instead of regretting the rebranding decision, companies prefer reverting the changes and moving back to their original brand image. Although this may come across has inconsistency and lack of reliability, but it becomes essential if customers have rejected the previous rebranding attempt.

Example: PepsiCo rebranded Tropicana, and the entire packaging was changed. The logo evolved from a slightly energized horizontal text in bold that grabbed the consumer’s attention to a vertical text on the side. After a 20% decline in sales, the company decided to revert the decision.

You have acquired a bad reputation

Companies do not want their customers to perceive them as a careless, unempathetic and selfish company that only cares about its revenues. Therefore, CSR is now a common practice in all multinational companies. If a company has developed a bad reputation or customers think of it negatively, then rebranding becomes essential. According to Rupert Murdoch, ‘Our reputation is more important than the last million dollars.’ Various companies have rebranded to fight the negative sentiments escalating in the consumers.

Example: Burberry is known as a luxury brand with a gang wear image, because of its fashion style. The brand was common in bullies so much so that some pubs banned Burberry’s apparel. The company used celebrity endorsements to rectify the image. Kate Moss and Emma Watson became the brand ambassadors.

You are entering a new geography

Entering a new country is challenging and must be handled carefully. Every country has its traditions, culture, religion, and language. This means that logos can be interpreted differently across countries. Often new geographies demand to rebrand, so customers in the new region feel connected to the brand. Some icons or images can be offensive to one country while cherished in the other. Therefore, companies rebrand themselves to ensure a welcome in the host country.

Example: KFC (Kentucky Fried Chicken) is called PFK (Poulet Frit Kentucky) in Quebec; a province in Canada. According to the law, if a company wants to register its trademark in Quebec, it must operate with a French version of its brand name. The law helps preserve the provincial language. Other brands working in Quebec with their French names include Best Buy, Costco and Walmart.

You want to add a different feel to your brand

Sometimes brands want customers to feel about them differently. This does not mean that they are facing a bad reputation but want to add a fresh feel to the company. This helps in actively engaging the customers and waking up dormant customers. Global companies like Google and Microsoft often revamp their logos. However, the changes in the logo can be minor such as changing a stroke or choosing a different color from the same family or significant as a complete transformation.

Example: IHOP changed its logo from a sad frown to a smile-like stroke to fulfill its promise of spreading smiles.

You have merged with or acquired another company

Mergers and acquisition may require an immediate rebranding. This allows customers to know about the new partnership and is often a legal requirement. Acquisitions and mergers bring various opportunities for the company, but working with a different company that has had different values and positioning isn’t always easy. A new and consolidated positioning is required for the new partnership.

Example: T-Mobile and Orange merger led to a complete rebranding of the new company. Pilot stores were set up to analyze the reaction of customers.

You want to reposition yourself

Brands reposition themselves to enhance their market share by targeting a new segment, to become more attractive for the current segment, to adapt the changing trends, or to stay relevant in the market.

Example: NapiSan started as a laundry detergent for baby diapers, but soon mothers did not have the to wash nappies as women became professionally active. NapiSan forecasted its irrelevance in the coming years and repositioned itself as a detergent for tough stains.

You are losing your point of differentiation

As the industry flourishes, new entrants replicate the point of differentiation, making it a point of parity. If all the competitors are offering almost the same features, brand loyalty decreases. In such circumstances, companies look for a rebranding strategy to differentiate themselves from the competitors.

Example: while Walmart is unbeatable in the low-cost profile and Target differentiated itself by offering exclusive deals by collaborating with high-profile designers.

You want to make your brand relevant

As times change, customers develop different taste. Smart companies rebrand themselves to stay relevant in the market. If the changing characteristics are not entertained, another brand will exploit the opportunity.

Example: Instagram has a retro logo which represented polaroid pictures. It revamped its logo to a rather vibrant and diverse logo as it added new editing and sharing features for the youth. 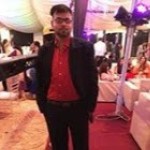