Assuming you love to tweet, have you ever stopped for a minute to ask whether or not you own your Twitter account, especially in cases where it is used for both personal and professional promotion?

The most predictable answer to that question for many folks would be that they are the true owners of their accounts. It only stands to reason; especially given the fact that all they had to do to secure the accounts in the first place was complete a short and free registration process.

Well, if you find yourself among those wondering, a recent lawsuit may give you a little more to chew on.

According to media reports, the Web site PhoneDog sued one of its former workers, Noah Kravitz for $340,000, in a complaint filed this past summer in U.S. District Court in the Northern District of California.

According to the allegations in the lawsuit, Kravitz’ continued usage of a Twitter account he was “given use of” while employed with PhoneDog was a misappropriation of trade secrets and hurt the company’s business, goodwill, and reputation.

Kravitz worked as a product reviewer and video blogger for PhoneDog for approximately four years, using the Twitter account @PhoneDog_Noah. The complaint alleges Kravitz “used the Account to disseminate information and promote PhoneDog’s services on behalf of PhoneDog.”

According to Kravitz, he opened the account, tied it to his personal e-mail address and oversaw it on his own while tweeting both personal and professional things during his employment with the company. Among the reported tweets were links to his articles and colleagues’ articles, along with tweets regarding sports, arts, and food. During his tenure with the company, it was reported that the Twitter account garnered some 17,000 followers.

The complaint states PhoneDog sought to have Kravitz remove himself from the Twitter account after his resignation in the fall of 2010; Kravitz chose to switch the user name to @noahkravitz, continuing to use and tweet under the account.

Stating his side of the case, Kravitz claims his former employer did not request to have the account returned, saying it was perfectly alright if he maintained the account. Kravitz also stated the company wanted him to tweet periodically on its behalf.

In its argument, PhoneDog said it believes its former employee “is attempting to discredit PhoneDog and destroy the confidence that PhoneDog’s users have in PhoneDog” through continued usage of the Twitter account.

According to industry standards, each follower on the account is worth approximately $2.50 per month. When you incorporate that value, the 17,000 followers of the account, and the eight months since Kravitz departed PhoneDog, the company came to the $340,000 claim.

So, what is the overriding precedent here for PhoneDog, Kravitz, and other businesses and both current and former employees who partake in social media?

According to one law expert quoted in a Forbes story, employers typically address these matters inside their employee manuals – whether an employee can include their name or brand in social networking accounts, and whether accounts are being formed for the business or the worker. As the lawyer noted, it is much less expensive for businesses to make this clear for everyone at the start as opposed to litigating it following the fact.

As Kravitz sees it, the one lesson to come out of this battle when dealing with employers down the road, is that he would make it clear that a social networking account is his and that he owns it and its contacts.

In early November, a court in the Northern District of California turned down a motion to dismiss the charges, stating that PhoneDog had “sufficiently alleged a claim for misappropriation of trade secrets.”

While the case continues in the courts, have you ever stopped to think about whether or not you truly do own your Twitter account? 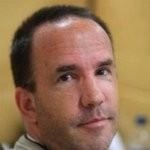