The Gig Market: 3 Ways It Has Affected How We Do Business The emergence of gig markets has revolutionized the ways in which businesses do business, and the ways in which workers work. For corporations, growth can be rapidly achieved – allowing even the smallest of businesses to scale through a new generation of empowered self-employed individuals. That was the dream. And yet some 19 years on from what may be deemed as the original gig marketplace, a lot has changed. And not always for the better.

The gig economy has been around for a long time – perhaps the first example of which was Guru.com, a freelancing website set up in 1998 for high tech workers who were looking for short term contracts.

Today, it’s estimated that there are approximately 4.55 million freelancers in the UK, whilst the US is home to 53 million – a staggering 14% and 34% of the respective national workforces.

In most demand in terms of skills, as of 2015, was PHP coders, graphic designers, content writers, internet researchers, data entry and article writers, in that order.

Advocates argue that this way of working has freed a generation of professionals, whilst pessimists say that many such websites drive down the market value of creative services, whilst unilaterally deriding the value of the professionals in these industries. Notably, on the earnings front, research in 2014 found that voice talent earned the most per hour on average per hour at $85, followed by infographic design at $56, finance writing at $47 and contract drafting $43.

Today, technology has moved on, and an array of apps have made almost anyone a ‘gigger’. The reach of this economy has begun to swallow up and disrupt many other realms of business beyond the creative and IT communities.

Take Uber, which has transformed the taxi service industry – with few continents left untouched (eliciting strikes in Italy, France and London – with traditional cabbies voicing concern that their very existence is under threat).

In the courier realm, Deliveroo are driving take aways to homes through the use of drivers who’ll pick up the food on users’ behalf.

There are also the outlandish, such as:

The bad and the ugly: Straight out abuse of the gig economy

The explosive growth period for the gig economy came at a time when zero hour contracts were being introduced – the two together serving as a perfect storm for the underemployed and individuals who lacked career choices.

This has flipped the gig economy on its head – the promise of a heighted glass ceiling on earnings and freedom for work life balance, as turned into a sea of overworked and under pressure employees, who lack employee benefits – holiday, sick pay, and the minimum wage.

Goliath and David – Test cases have potentially re-defined who is truly self-employed.

In the UK, tides may be turning for employers who abuse what should have been a revolution for workers. In October 2016, Uber lost a court case – the shock verdict stating that their drivers (which number some 40,000 in the UK alone) should be considered as employees – who were entitled to the “national living wage”. This compares to the $6 per hour that some Uber drivers currently make.

Uber have already attempted to address this, with an email to their drivers:

“As you may be aware, earlier this year a small number of London partner- drivers brought a claim to challenge their self-employed status with Uber. Although we have today heard that this challenge has been successful at this first stage, it’s very important to note that today’s decision only affects two individuals and Uber will be appealing it.There will be no change to your partnership with Uber in light of this decision and we will continue to support the overwhelming majority of drivers who tell us that they use the Uber app to be their own boss and choose when and where to drive.”

Then, in February, a plumber working for London-based firm Pimlico was taken to task by plumber, Gary Smith. He had worked for the company since 2011 on a self-employed basis, but had worked solely for the company for the duration, had set hours that could not be changed and wore a uniform. Following a heart attack, the firm refused to pay sick pay, which ultimately led to a day in court – and a loss for Pimlico.

In response, the firm provided the following questionable statement …

In a third case (as if the nail weren’t already in the coffin) a bike courier for City Sprint won a tribunal by putting forth many of the same arguments as in the Pimlico courtroom showdown. Once again, the plaintiff prevailed.

“This case has demonstrated that there is still widespread confusion regarding this area of law, which is why we are calling on the government to provide better support and help for businesses across the UK who could be similarly affected.”

These test cases look set to bring about a sea change for the likes of Uber, Deliveroo and TaskRabbit, each of whom (and firms like them) face the prospect of either potential court cases, or changing their business model.
It’s estimated that as many as 460,000 UK individuals are currently incorrectly identified as self-employed in similar ways, ultimately resulting in up to $391m lost each year in taxes.

Looking to the future: Better light yet to see?

The gig economy promised so much, but has delivered slave-like working conditions and employers in traditional realms seemingly taking advantage. However, change is afoot – and perhaps the tomorrow of the gig economy could look a little more like the future that was once envisaged when we first heard of the market-disrupting innovators such as Uber et al.

The potential of the gig economy is still very much alive, so let us all hope that everyone starts to see common sense so that everyone wins! 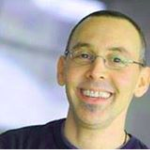