Startups to Watch for: The Up & Comers There are many startups that are set to become big this year. They are

The company Inverse was founded just last year in 2015. It’s part of a new generation of Bay Area startups that have been making waves across the US. The Inverse organization is dedicated to covering news, TV, movies, music, and digital culture. It’s a news feed aimed at a male millennial audience.

It may not sound like anything innovative, but it’s already making waves. It boasts over 20 employees already and has gained the support of companies like Rothenberg Ventures and Greycroft Partners.

This is a particularly interesting venture because it’s one of the first major streaming platforms to specifically target mobile devices.

When Product Hunt first opened its doors, many people wondered whether it would have the capacity to become a success. After all, it was a relatively boring niche that had to make itself interesting. But it’s grown to become one of the most influential platforms.

Tech people have already used it to find the best new products and hot startups. It’s now the best place around to announce a new product. Some of the big investors that have thrown money into the company include SV Angel and Greylock partners.

The company Patreon has been in business for three years and has managed to gain $17 million in investments. Its main investors are Sam Altman and Alexis Ohanian.

This platform allows creative, such as photographers, musicians, and authors, to set up a page for their work. Here they can build up a fan base. It’s designed to be an interactive community where over 2,000 creatives can get the exposure they need to make a living.

It operates out of the Bay Area and has a team of more than 40 people.

There are many companies that help people to sell their unwanted goods. The introduction of Carousell has added another major competitor to the likes of eBay and Gumtree. The difference is this is an app and it creates a real community. You can chat with both buyers and sellers from wherever you happen to be in the world.

It’s already achieved a spectacular amount of success, with 26 million items live. This is a Singaporean company with more than 500 investors with stakes in its success, including Golden Gate Ventures and Sequoia Capital.

The Doormint mobile platform is a brand new startup that operates in the consumer utility services industry. It’s not one of the most exciting niches in the world, but based out of Mumbai it has managed to generate $7 million in investment. Some of the big names behind this startup include Kalaari Capital and Helion Venture Partners.

The success of Doormint points towards the growing success of companies in India. This is a part of the world that is beginning to find its feet on the world stage. This organization could signal a trend that leads to Indian companies making major gains in the coming years.

It’s a fact that finding a job is harder than ever before. Employers also have the problem of choosing between a number of qualified candidates. Enter Belong, the platform that allows you to easily find potential candidates to headhunt. You can use it to source employees for your company, or you could use it to separate candidates who have already applied for your job.

The way it works is that it scans social media, Google, and other sources to find information on anyone you want. This Bangalore company has raised $5 million already. This is a growing organization that has already employed over 60 people.

If you need to manage your contacts, creates newsletters, and then track your results SendinBlue is a company you need to watch. It’s one of those companies that nobody is quite sure about because the concept is nothing new. What it brings to the table isn’t revolutionary. In fact, it has a number of competitors from different parts of the world.

This Paris-based company has managed to gain $2 million in investment and employs over 40 people. It’s managed great results during its two years of operation.

Giphy is a startup that has operated for the last three years. It was founded by Alex Chung and Jace Cooke because they believe that there’s a market for a GIF-based search engine. The GIF has existed since the Internet could first broadcast video content, but there was never any way to search for them.

The idea about Giphy is to provide a search engine but to then take it further. It wants to do what no other company has done, including Google, in that it wants to create a community. The goal is to make a platform where GIF artists can come together and interact with each other.

Investors already like the idea because companies like General Catalyst Partners have helped to contribute $23 million in funding.

You may have already heard of Maple before because it’s one of the hottest startups in the world. The concept behind it is to completely change the way food deliveries are made. The company wants to set up a kitchen in New York that’s designed for deliveries only.

Originally founded in 2014, the company already employs over 50 people, and it has attracted $25 million in investments. This is one of the most promising startups on the east coast.

2016 is expected to be the main breakout year for it because if it isn’t then there’s no telling where the company will go in 2017.

Conclusion – The Hottest Startups to Watch

These are the hottest startups to watch in 2016. They may be the future best franchises, as well, if enough of them take off. But not all of these startups are destined for success. Many of them will fail. Only time will tell which ones succeed and which don’t.

Who are you placing your money on?

Images: ”  Front view of a businessman arranging wooden cubes in a structure reading Start up. Conceptual of business startup and strategy /Shutterstock.com“ 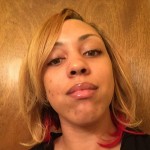 How Startups Can Use Blockchain Technology in Novel Ways