Are Private Networks Safe Anymore? Smart Ways to Enhance the Security of your Business VPNs

Gone are the days when proxy servers were considered to be for those who did “business in the dark”. Today, the use of VPNs (virtual private networks), have become

VPNs are generally considered to be safe for simple tasks and humble privacy seekers. However, it is important for buyers to review different VPN providers before purchasing one. Depending on your purpose of buying a private connection, it is safer to go for a premium version.

How to improve the security of your VPN connection?

As is the case with any other business service or business tool, there is little to worry about as long as things run according to plan. But there may be instances when you have to face minor hiccups; an additional level of security can do a world of good to your all-important business.

Now consider this case. You have purchased your new VPN subscription and you are enjoying your newly acquired privacy levels, when an unexpected disaster strikes. Your VPN gets disconnected for some unknown reasons, giving way to snoopers who now can track your IP address easily.

Fortunately, you can still safeguard yourself. As advised by Andrew of PrivateInternetAccess, one can safeguard themselves against VPN disconnection/failure by disconnecting any Internet access that is not tunneling via your VPN connection. This can be done by using specific Firewall instructions or by altering TCP/IP routes.

However, this can be a hassle for people who do not want to waste time with manual configurations. These procedures could backfire if not done properly.

So here are some alternative ideas:-

#1. VPNetMon – Monitors your VPN connection all the time

According to its creator Felix, VPNetMon can monitor the IP addresses of your computer continuously. If the service detects a VPN failure or disconnection, it automatically shuts down specified programs at once. VPNetMon functions instantly and it prevents a new connection from being established from the original IP address. Tech experts have rated VPNetMon as one of the most reliable security enhancers for VPN connections.

The name says it all. According to Jonathan of Gauvi.com, VPNCheck can help you be safe when there is a VPN connection interruption. This is achieved by blocking your primary network connection or the software of your choice (you can set which programs or software you want to shut down) and displaying a notification box. To put it in simple words, VPNCheck constantly checks for any changes in the VPN connection. The service can be used to connect either L2TP or PPP.

For Windows and Linux users, VPNCheck is available for download here.

When you are connected to your VPN, you may expect that all your traffic may pass through the private network that you have paid for and set up. However, sometimes (but very rarely) a phenomenon called ‘DNS leakage’ may occur. It is a rare situation where an application may use your default DNS server rather than using the DNS server offered by your VPN provider.

According to Paolo of AirVPN, DNS leaks occur when a DNS query gets around the gateway or the routing table, set by your VPN server. Its triggering point could be as little as a slight delay in connection from a VPN DNS.

DNSLeakTest.com is a comprehensive tool for checking such leaks. But if you are using the premium version of VPNCheck, the software comes with the feature build in.

#4. By maximizing the security for your super sensitive data transfers

If you are one of those hardcore security enthusiasts who wants something more than a regular VPN, there is an interesting solution for you. Felix recommends using two VPNs for those that do not have 100% trust on their VPN providers. He explains that by routing an already encrypted network via another tunnel, you can be sure that you are double safe.

Doing this is easy for Windows users. You can set up two VPN connections as you would do normally. Connect to your first VPN; once this is done connect to the second one without disconnecting the previous one. Sounds like magic? A tunnel via a tunnel, that’s what you get with two VPN connections.

You can also consider connecting a VPN over a TOR that enhances your security. Paolo believes that this method offers a security advantage – in case one party/service provider fails to maintain your anonymity, the other one does the job for you. If you don’t know how to setup a VPN over TOR, you can check the tutorial available here.

Note: The case mentioned above is an extreme hypothetical and unusual situation. Using a double VPN may not be a necessity at most times. Hence, this idea works for people who work with super-sensitive documents and extremely confidential matters.

#5. Pay for your service with Untraceable Currency

According to Andrew, it is safer to pay with untraceable currency. For instance, you can consider signing up for an anonymous account on Tor using Bitcoin Mixer and pay via Bitcoins for the newly created address. You may also use Bitcoin-OTC (buy Bitcoins over the counter) from individuals instead of an exchange. You can then use a Bitcoin client like coderrr’s anonymity patch in order to avoid linking to a newly created address.

Individuals using PPTP VPN are susceptible to specific types of security flaws and that means anyone using Windows operating system could be leaking the original IP address. Mr. Jonathan offers a solution to these vulnerabilities.

Users with Windows Vista and higher versions can follow the steps below.

People all over the world are using virtual private networks and the numbers are growing rapidly every day. Increasing Internet censorships, speed demands, cyber-crimes, location-based restrictions and privacy concerns are few reasons why private networks are in demand. A VPN connection can save the day for businessmen, students, downloaders and other people working across different segments. Internet users require different levels of security and a VPN connection can do the job on most occasions. If you are one of those who require 100% security 24/7, the above mentioned hacks will help you big time. All the best!! 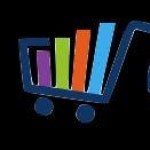 How to Improve Security and Trust on Your Small Business Website