Business Speeches: A Quick Primer On Acing One Of Corporate Life’s Biggest Drudges

Speeches. Depending on who you ask, from

Most of us are therefore lumped with the unfortunate and burdensome reality of having to prepare our own speeches, while often resorting to no better cure for the pre-stage jitters than downing a quick glass of alcohol, or trying the opposite tact and hyping ourselves up on coffee (neither approach is recommended; Elaine Rodgers has an excellent list of business ‘stress busters’ that could be adapted to public speaking here, but simple home-remedy style fixues such as deep breathing, proper hydration, etc, are unlikely to ever let you down.)

Here, then, are a few quick pointers on getting corporate public speaking right, at least from the content end of things. The second problem (stage nerves) is beyond the remit of this blog piece (or, as linked to earlier, is better dealt with in Elaine’s piece), but a well-prepared speech does certainly make an effective tonic for stage fright.

Related: Ten Steps To Captivating Your Audience At That Next Live Presentation

Striking a balance between the use of concrete and abstract language is a fundamental tenant of just about any type of writing, but a few quick suggestions can go a long way to ensuring that your set of spoken remarks features a little of both.

Statistics are one of the most striking and simple ways to set down concrete facts and figures in quick, succinct terms.

Just remember not to go overboard with this: a speech that reads like a table of data from the latest Census will come off about as well as one that reads like the lyrics to a Justin Bieber song. Mixing it up and striking a nice balance is key here.

One of the most unfortunate features of some speakers on just about any speaking circuit can be their fondness for repeating the exact same speech – almost verbatim – to each and every audience they speak to.

Anecdotes, punchlines, facts, and conceits (extended metaphors) can all become worn out very quickly – particularly when used by the same speaker to an often overlapping set of audiences, and the ease with which presentations and speeches, can be stored on file makes them particular liable for abuse in this fashion.

While every speaker (particularly motivational ones) will have a few messages they love to deliver — and anecdotes they love to illustrate them with — it isn’t hard to come up with a list of messages and stories you like to communicate , and fit them on some kind of rota system, whether by time, speaking venue, audience demographic, etc.

Taking quick notes on what you said at such-and-such a venue, or reading any extant media reports of your remarks there, is another clever tactic you can use when preparing your next speech before that, or a similar, audience, and avoiding the pitfall of saying the same thing twice, or three times, before largely the same audience.

This, combined with a realization that saying the same thing multiple times a month will begin to make you look trite and cliched, will avoid the syndrome of audience members leaving the room because they’ve heard that great business book excerpt you love quoting five times already (for some reason, perhaps its popularity and clarity, Robert Kyosaki’s ‘Rich Dad, Poor Dad’, seems to have taken an inordinate amount of abuse on this front), or listened to that joke that was somewhat funny the first time it was aired several times since.

Related: I Am A Presenter, Get Me Out Of Here!

If writing, write for the ear

If writing fully prepared speeches (rather than the common alternatives of either speaking off-the-cuff or merely preparing a set of abridges notes), then make sure to have in mind that you’re writing for the audience’s ears rather than their eyes.

This is probably the all-encompassing axiom of good speechwriting and one which should never be forgotten while writing your own set of notes.

Writers from a writing or communications background (such as PR and journalism) are particularly liable to foist their usual newspaper ‘tone’ of authorship onto spoken remarks for listening audiences, and while this is an easy trap to fall into (particularly when, in the case of writing out fully prepared speeches, the finished product looks like a text rather than a spoken oration), the result is almost inevitably an unnatural and stilted sounding performance.

A quick and easy remedy for this is to read the speech to yourself before signing off on the final draft, and ask yourself, ‘does this sound like a speech or a piece of print journalism?’

Verbosity and grandiloquence have limited space in effective speechwriting, particularly in a corporate or motivational setting; your guiding principle should always be to set down what you want to say in as simple a way as possible, and always to write for the ears rather than the eyes.

Strong openings and great conclusions can compensate for a mediocre middle

Brash, engaging, opening paragraphs, and strong, convincing, conclusions, can compensate for a lot of mediocrity in the center of the speech.

While you should, of course, try ensure that the whole speech rather than just these parts is as interesting and impacting and possible, time considerations (such as a long keynote address) and pre-determined topics, often make it difficult to keep an audience’s attention riveted for the full duration of the slot which you’ve been billed in for.

This is particularly true of after-dinner speeches, as well as events at which there’s a short-notice cancellation, and you find yourself having to deliver remarks twice as long as what you had initially anticipated.

Words like ‘in conclusion’, dropped strategically towards the speech’s ending (although often otherwise entirely inadvisable) can often serve as a gentle prod for dozing audience members to give you the last few minutes of their attention, and may allow you to capture that concluding idea that might have been lost had it been mired in the speech’s lengthy middle section.

Likewise a strong and forceful opening — a sudden question directed at the audience, a shocking figure or piece of data, or a quick rapport-building gag — can win you the audience’s focus for the next few minutes, while you then flawlessly segue into the ‘meat’ of what you’ve come to say.

Related: Five Tips to Wow Your Audience with a Blow-Them-Away Presentation

Hopefully those few tips will be of benefit when preparing your next address. Have you any other ideas that I’ve missed? I’d be pleased to hear them in the comments below. 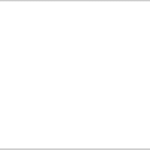 If You Really Want To Be Great At Presenting, Get Creative!