Social media marketing takes time. Developing a brand and properly sharing a message with thousands of people is hardly something that you can do overnight.

While there’s a certain level of patience you need for the long-term, there’s nothing wrong with wanting to be a more efficient social media manager. If you’re ready to cut some time off your typical social media management workday, then pull up a chair and get ready for some of the biggest time-saving hacks in social today.

This one is massive for the workaholics reading this now. I completely understand that you want to post on every social media platform possible and make sure your brand’s message is getting out to anyone with an internet connection. But let’s take a moment to consider what will happen if you continue this route.

Assuming you’re one single person, it’s unlikely you’ll be able to manage a dozen social media profiles at once efficiently. In that case, dedicating all of your time to your social media management is a waste of time. In reality, you’ll probably only need to use three or four different platforms to reach your audience. Anything beyond that is likely overkill.

Keep in mind that those platforms can change constantly. The digital media marketing landscape is anything but stable, and it’s safe to say that we’ll all be using different social media networks a decade from now. The important thing is ensuring that your business is pouring all of its energy into the most valuable platforms (according to your audience’s preferences) as possible.

Speaking of audience preferences, there’s no getting over the fact that metrics matter if you’re trying to execute on a social media marketing strategy. The only thing that I’d recommend business owners keep in mind is that not all metrics are created equal.

How do you decide which metrics matter and which don’t? Well, there’s always a bit of a debate about this topic, but for the sake of keeping things simple, let’s say that conversion metrics are the most important for the average small business owner. In other words, determining whether or not something led to a sale or not is what would qualify something as a vital metric.

This might seem overly simple, but there are actually quite a few social media experts that monitor every single metric on social, hoping to unlock some kind of secret formula that predicts growth. The reality is a lot more boring and simple: engagement that directly leads to sales matters the most. Everything else comes second.

#3. No Shame in Experimentation

All of that being said, as a social media manager, you can’t be afraid to try new things in your industry. With the ever-changing nature of social media, it’s only a matter of time before some new platform emerges and you’re suddenly tasked with determining whether or not your audience has any interest in it.

There will be experiments that fail on social. As unpopular as it might be to say that, it’s important to understand. The time honored tradition of guess-and-check isn’t going away just because the platforms get bigger.

It’s not about whether or not a minor experiment fails or succeeds. It’s about dedication to the process of consistently determining what works and what doesn’t for your brand and your online community.

If you want a surefire way to save time when managing social media accounts, make sure you do it all at once. Shooting from platform to platform can end up being more time consuming than you’d think, and opens you up to a variety of distractions that can eat up your time even more.

There have studies showing that it can take up to 30 minutes to refocus after you’ve been interrupted, which is a major issue if you’re trying to come up with something creative and clever for your brand’s social media presence.

Having a consistent posting schedule does a few things for your business. First, it helps increase your credibility in the industry as someone who takes their content seriously. But beyond that what it does for members of your community, consistency makes posting to social a more automatic process. Obviously, you want to avoid overdoing it and bombarding people with your brand’s message. But as long as you show restraint and tact when it comes to social, your brand should be fine.

Of course, there’s the issue of actual posting times and the discussion about whether or not it’s important. Personally, I think that you’re better off posting whenever the highest number of your followers are on a particular social media platform. Fortunately, you can use social analytics tools and Google Analytics to help determine exactly what times those are.

But a business owner can only be in so many places at once. More importantly, business owners should be doing exactly that: running the business they own, not tending to the never-ending social media marketing efforts 24/7.

So, if a small business owner is considering delegating, there’s a chance they’re considering outsourcing. Which is great! As long as they know what they’re signing up for.

To be clear: outsourcing is easier than doing it yourself — but it’s far from easy. Despite what you may think, you’re still in charge of checking in with that employee and ensure that the job is getting done. There a variety of issues that can come from outsourcing, but as long as you’re prepared, your brand should actually do better with one person who’s 100% dedicated to spreading that message.

This sounds like filler, but it might actually be one of the most important hacks on the list. Identify those annoying emails that do nothing but distract you and block them. If that sounds extreme, it’s because it is. Minor emails are the silent poison drip killing your productivity, and it’s time we all took a stand. If you’re having trouble with this, you can use a variety of different email systems (Inbox by Google is already going down this route by batching emails together).

#9. Stop Trying to Read Everything

I have nothing but respect for people who do their best to try and learn as much about the social media marketing industry as they can. The fact of the matter is that those are the kinds of people who end up improving on the strategies of old and making advancements in the social media realm.

That being said: you may want to limit your research a bit. Despite how admirable it might be, there’s no getting over the fact that it’s a recipe for burnout. Trying to digest the ridiculous amount of social media management information being released every day is too much for anyone to do. Instead, choose two or three influencers that you trust and read their daily updates. You’ll still get basically the same information, but without the headaches. 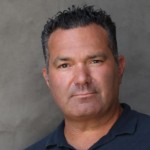 6 Breakthrough Strategies for Getting Work Done!