5 Lessons Every Entrepreneur Can Take Away from Elon Musk Where would the world be without Elon Musk? We certainly wouldn’t have a near-constant stream of intriguing and sometimes hard to believe news about the eccentric pursuits of a world-famous entrepreneur. Sometimes, it’s as if we’re watching the fantasy life of an 8-year-old playing out in reality. Or, we’re watching a sci-fi comic book movie in which the superhero thinly disguises his true identity behind a series of business ventures (Iron Man, anyone?). That’s what’s so fascinating about it.

Behind all the hoopla, this guy makes moves that are exemplary to any entrepreneur. You could argue he’s a gifted genius, and not many of us have billions of dollars with which to shoot the moon on our next venture. You could argue we’re not all geniuses … but you’d be missing the point. He’s human just like everyone else, and to get to where he is, Elon Musk has done some things just about anyone can do.

Learn How to Code

The (abbreviated) story of Musk’s first company, Zip2, goes like this:

What if Musk hadn’t learned how to code? He and his brother, Kimbal, would’ve had to hire someone else, which would have been nearly impossible and hardly practical, because they didn’t have enough money. Musk had a degree in physics and economics, but coding wasn’t part of his training. The DIY approach paid off: in the end, his 7 percent share in the business translated into a takeaway of $22 million.

You need a website for your business, and a great app can be a business in itself. Learn how to do the coding yourself, and you won’t have to pay someone else. According to Musk, “When you are first starting out you really need to make your burn-rate ridiculously tiny. Don’t spend more than you are sure you have.” Learning how to code will keep your burn-rate low when it comes the essential website and app.

For a lot of entrepreneurs, $22 million from their first business would be plenty. Early retirement, anyone? But Musk’s story is one of continuous, astronomical ambition. His next step towards enormous success was to found X.com, which he later rebranded as PayPal. Note that he didn’t even settle for the name “X.com.” Flexibility with your brand is essential. PayPal and its concept were an attractive prospect to EBay, which bought the online payment company for $1.5 billion in 2002.

That was another big payout, but Musk’s goals don’t seem to have much to do with money. Instead, he’s interested in revolutionizing transportation, and ultimately, altering mankind’s place in the universe. He founded SpaceX in 2002 and later secured a $1.6 billion NASA contract, with the goal of colonizing Mars. Then, he joined Tesla Motors in 2006 with the goal of advancing green transportation. Eventually, that expanded further to include solar roofs and batteries.

Musk’s journey demonstrates that money isn’t an end, it’s a means to bring your ideas and passions to fruition. It’s easy to stop once you’ve reached a monetary mile marker. But don’t settle — think about what you truly value and how you can invest in it.

Musk’s latest idea, The Boring Company, seems about as hairbrained as it gets. The plan is to tunnel under Los Angeles and build a high speed hyperloop to transport cars at a speed of 130 m.p.h. Check out the computer-animated video:

The Boring Company, the hyperloop, and the 3D network of tunnels are unusual enough as is, but right now they’re still an idea. The innovation Musk just pulled off comes in the form of fire.

Flamethrowers seem completely disconnected from the hyperloop, yet Musk needs some sort of incoming capital besides his own funds and those of investors. So, he sold 20,000 flamethrowers for $500 a piece. He claims to have sold out his supply. Each flamethrower will ship with a complimentary fire extinguisher.

The critique is that these things are dangerous, and wildfires are a big problem in states like California, where the Boring Company is based. The point is not to go out and sell flamethrowers to fund your startup; rather, look for innovative ways to make money. Excuse the pun, but no one can accuse Musk of tunnel vision. Before the flamethrowers, The Boring Company sold hats. Think of what people want, what you can make at very little expense, and sell it to help fund a big project if it’s not yet fungible.

Don’t Be Afraid of the Public Eye

Musk’s personal brand (including his Twitter account, speaking engagements, and appearances on the TED program) is a big part of why he’s able to sell 20,000 flamethrowers in a matter of five days. For entrepreneurs who haven’t reached celebrity status, the personal brand starts with social media, a blog, the press, and guest posts on reputable websites.

Contrary to most of what you read online, personal branding is more than your online presence. It starts locally. To get good press, engage with causes you care about; support charities and non-profit organizations; write op-eds for local newspapers; sponsor events and throw events; treat your employees with the utmost care, respect, and professionalism.

Next, be ever-present on social media with pictures, videos, and posts about what you’re doing. Don’t be afraid to post more intimate snapshots of your life once in a while. Speak out on what you care about. Follow other entrepreneurs and people who are close to you, and work your way outward until you’re networking with people all over the globe. Engage in conversations and ask questions.

Find websites in your niche you like reading, and write guest posts for them. If necessary, have someone ghost write for you. Furthermore, start your own blog with casual, pointed posts about what’s going on in your life, and write on issues in your niche that you care about.

You might not have time to do all these things, but do as many as you can. Oh, and one caveat: you have to concentrate on building up your business first and foremost. Personal branding efforts are best when you can see the light of day.

Do It Yourself — To an Extent

The word on Musk is that he’s a “nano-manager.” He’ll dip in and take control of any aspect of his businesses, no matter how small. The positive takeaway from this is you should know how to do everything. It’s your company. You should be the hands-down expert. But does that mean you should be, even more than a micromanager, a nano-manager? Not at all. A team from the Center for Neuroeconomics Studies found that people who are in “high-trust situations are 19% more productive than those in low-trust workplaces.”

What Musk positively did on his own is come up with ideas and ways to implement them. His nano-managing tendency probably stems from being the one to code the Zip2 site. Although it’s no doubt excruciating to colleagues, he’s in a place where he can afford to hire people who will be productive because they’re highly skilled.

“Surrounding himself with excellent people and being able to maximise their potential is something he has always done,” long-time Musk colleague Brendan Spikes told Financial Review. According to Spikes, reports of Musk’s micromanagement are skewed. “When necessary he’s also more than capable of being hands on, more so than anyone else. He knows every aspect of the business, but it isn’t micro management. When he has to be hands on, he really has a grasp of the controls and knows how to do it.”

No one else can be Musk, but we can aim to know exactly what we’re doing. 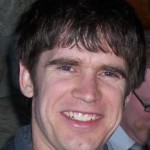