It’s been bothering me for a while that when it comes to online business networking, I seem to be living in two different worlds. First, there’s work; where EVERYTHING I read tells me that everyone is on Twitter – you must have an active presence there in order to network effectively, and to grow and develop your business.

Then there’s my own personal experience, which tells me that while many people may be ‘on Twitter’ not many are ‘active’ Twitter users. Additionally, my experience tells me that if you really want to take proper advantage of Twitter, it will use up a considerable amount of your time each week.

It’s a given that Twitter will help build relationships with customers, communicate with them and develop a brand, but do we know enough about Irish Twitter users to say that it’s right for every small business to use it?

Faced with a client, typically a start-up (possibly B2B) with little time and fewer resources, should I or should I not, recommend they focus much of their marketing time and effort on Twitter?

To answer this, let’s look at just how many Irish people there are on Twitter, and how many actually use it regularly.

So, just how many Irish tweeters are there?

There have been a few estimates on the number of active Twitter users in Ireland. Here are some of the details:

My take on these estimates

Firstly, I feel that the method of calculating the figure of active users by analysing the number of visitors to Twitter.com is rapidly losing validity, mainly due to two factors: 1) the number who use third party apps are not included (e.g. Hootsuite or Tweetdeck and these accounts are reported to number around 40%) and 2) the number of people who Tweet via an external site are not included (e.g. reading this article on the Bloggertone site and using the Twitter icon to tweet it).

Our local (ROI) adult population (over 15’s) is 3.5 million. If we take Barry Hands’ well thought out estimate of 180,000 active or relatively active accounts, then this forms 5%.

Of course most Twitter users go far beyond Ireland in their list of followees and connections are being made globally from Ireland.

However, my client’s markets are largely local, and the main (though not only) purpose of their Twitter usage is to grow and develop their businesses. It’s disconcerting that so few of their potential customers are likely to be regular Twitter users, based on these figures.

Even if their direct customers are not part of this 5%% there could still be value available through building relationships through conversations and long-term branding. But as I’ve found, using Twitter effectively takes a considerable amount of time each week, so are these efforts justified? Indeed, for a B2B company with local Irish customers, will these rewards of better customer relationships and improved branding even take place, where the customer may not even be present on Twitter, let alone use it every day?

And who exactly are these Tweeters?

Then again, it may be that a large proportion of my client’s customer base are indeed avid Twitter users – but who actually knows? As far as I know, no research whatsoever has been carried out on the profile of Irish Twitter users. Are they consumers or businesses? Are they concentrated in online business services or are many high street retailers present too? Are most consumers tweeting to their favourite TV and radio programmes or is there a broader interest level present?

The fact that nobody can answer these questions (other than anecdotally) is troubling.

Twitter – could it really be the Emperor’s New Clothes?

The main purpose of this post is to open up the discussion and I look forward to hearing your comments:

There’s no doubt that the overall trend is heading in the right direction, so this discussion may not be relevant in a few short years. But for now, the facts remain. Regular Twitter users in Ireland are low in number.

And while some businesses will find that many of their customers are regular Twitter users, this is not the case for all, and generalisations cannot be made, not yet anyway.

Darn: it’s so easy to miss things! A contact or colleague could have posted something really interesting or important. If I’m not online however, then it’s gone forever! This is also frustrating if I’m tweeting something that I consider important. There’s no way of knowing whether the people I wanted to view my tweet have done so.

Thanks: Using Twitter has helped improve my reputation and the value of my business – and this has translated into increased sales. But can every business say the same? Does this depend on the nature of your business and the (mystery) profile of Irish tweeters? 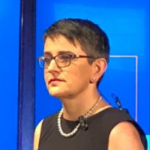