In the past few months, the rumors about Twitter’s growing problems have continued to increase. The latest rumor is that employee morale at the company is at an all-time low and many Twitter employees may be considering moving on from the company.

In the past two years, Twitter has become a focus of growing concern thanks to negative press about to poor performance for shareholders and a user base that has become stagnant.

Other Companies Are Becoming More Attractive

This latest blow comes after Business Insider released a report that includes anonymous sources from within the company. These sources are employees that are confirming suspicions that Twitter employees are increasingy leaving for other Silicon Valley companies that are more successful.

“The wheels are off the bus,” said one company insider. Another employee made a comparison of the atmosphere within the company to rats fleeing a burning ship. “Morale is beyond low,” the person said. “So many people who I would have never guessed now want to leave.”

Other employees have expressed frustration caused by a lack of direction at the company. These employees revealed that teams have experienced changes of up to five different managers within the last few years at Twitter. In June of 2015, Twitter CEO, Dick Costolo, announced his resignation and was subsequently replaced by Twitter cofounder Jack Dorsey as the interim CEO as the company searches for a new CEO. As of August 2015, a new CEO for Twitter has not been named.

In addition, there is little incentive for employees to wait it out with an abundance of opportunities available at other rising tech startups. There also seems to be no clear solution to the end of Twitter’s problems on the horizon.

Twitter shares continue to trend downward after closing at an all-time low of $27.04 on August 7, 2015. The company originally priced its IPO at $26 a share when it began trading on November 7, 2013.  On January 3, 2014, Twitter shares reached their highest point ever to close at $69 per share.

Many analysts have continued to worry about Twitter’s revenue generation strategy, with some suggesting that the company should follow in the footsteps of Facebook’s advertising strategy. In 2013, Twitter also reported heavy losses, including a loss of $134 million, with a report that the company was not yet profitable.

In the fourth quarter of 2014, the company produced another net loss of $577 million while earning $1.4 billion. The competition from other social networking platforms has increased as well, with platforms such as Instagram and Snapchat growing more popular.

“Without a permanent CEO in place with a clear vision and strategy, we continue to worry about a sustained ‘brain drain’ of talent (as seen so far) as well as a middle management obstruction of decisions.” said SunTrust analyst Robert Peck in a note to investors.

One of the major complaints of shareholders has been Twitter’s inability to attract more users. On December 10, 2014, Instagram reported that it had 300 million users, officially exceeding the number of Twitter users. In the 3rd quarter of 2014, Twitter reported that its Average Monthly Active Users (MAUs) was 284 million.

Instagram is also reportedly growing fast with more than 50% growth in 2014 alone. Instagram is owned by Facebook and was purchased for $1 billion in 2012. The number of users on LinkedIn has also exceeded the number of users on Twitter and LinkedIn currently has around 331 million accounts. LinkedIn does not report a “monthly active user” statistic and instead reports an engagement number that is produced by comScore. LinkedIn’s metric is a combination of LinkedIn and Slideshare, which was purchased by LinkedIn in 2012.

For some analysts, the problems that Twitter is currently experiencing are rooted in the fact that Twitter is difficult to adopt for new users and that the product itself is suffering from an identity crisis. New users are struggling with how to and why they should use Twitter.

“We think of Twitter as it’s not a social network, but it’s an information network. It tells people what they care about as it is happening in the world,” co-founder and former CEO Evan Williams said back in October of 2009. In April of 2015 during the first quarter earnings call, current CEO Dick Costolo said, “We think of Twitter as this companion experience to what’s happening in the world.”

These conflicting views reveal part of the reason why Twitter is struggling currently. “To grow, the company needs to settle on a vision and a strategy, neither of which it has been able to do consistently in its eight years of life,” says Matthew Lynley, a news reporter at BuzzFeed.

Twitter has also failed to implement specific actions that could turn the company around. Twitter engineers and product managers have never faced the problems that are currently plaguing the company and lack the experience that is needed to deal with business adversity.

In July 2015, two more Twitter employees announced that they would be departing the company. First, Christian Oestlien, former Twitter VP of Product Management, announced that he was leaving to join YouTube. Todd Jackson, a former product director at Twitter, announced that he was leaving to join Dropbox. The timing of the departures is significant given the fact that Twitter just announced disappointment in its slow user growth. However, the company did post better than expected second quarter revenue and profits.

Finding a permanent CEO could be the change that is needed to turn Twitter around, as many Twitter employees described former CEO Dick Costolo’s vision for the company as too scattered to be successful. How Twitter plans to win back employees and investors remains to be seen. At this point, many are simply writing Twitter off as a company that will simply never be as large or as profitable as Facebook. 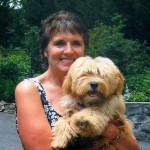