Integrating into mainstream use

The reason behind VoIP’s growing success has to do with the way it has quickly begun to integrate itself into mainstream use.  When IP phone systems started to catch on back in 2004, it was still a pretty niche industry.  While some businesses were cutting the cord to their landlines and moving over to Internet-based telecommunications, many still were wary of putting so much trust into a fairly new industry.

But now in 2013, all that has changed. Each month, more and more geographic locations are opening up allowing the service to continue to proliferate on the global market.  This growth isn’t falling on deaf ears either—many of the big name phone service providers are in support of these changes, citing things like the continued upkeep costs of old switch operated lines and the push towards mobile communications as the main reasons to embrace this switch.

Why is VoIP attractive?

This begs the question: what makes VoIP such an attractive option over the quickly becoming defunct public switched network?  The answer lies in a user or company’s pre-existing IP structure.  VoIP is made possible as packets of information travel between one user and the other, similar to the way information travels across the internet, only instead of text, video and images, VoIP packets transport sound.

Within the industry, consumers are given two options: hosted or not hosted.  Hosted VoIP uses a supplier’s servers to host the service, eliminating the need for the company in question to devote any onsite personnel to the upkeep and maintenance of the technology.  This can be a great fit for companies in the nascent stages of growth who have yet to dedicate an IT staff for such issues.

Non-hosted VoIP services require that the business purchases the necessary equipment from a dealer and sets up the infrastructure on their own.  The benefits of this method include faster response times in the event of an error and a heavier hand in the quality control department.  If a business has a dedicated IT team, they should have no problem setting up and maintaining an onsite VoIP system.

The future of VoIP

What do VoIP services have in store for the future?  While businesses continue to enjoy the benefits of Internet based telephony, VoIP suppliers seek to make more of an impact on the residential market.  By advertising lower rates (in some cases up to a 90% annual savings) and many of the same features that exist on today’s public switched networks such as three-way calling, call waiting and voicemail, suppliers hope to prove that VoIP phone services are an attractive alternative to their current method of telephone-based communication.

Today, many government organizations are spearheading the VoIP movement as they release study after study that shows the huge opportunity for savings.  One study conducted in schools across the UK showed how switching to VoIP communication systems saved them nearly £100 million annually.  Funds saved on phone services can lead to increased investment in new teaching technologies and supplies.  If VoIP technologies can save this much money in the education sector alone, just imagine what it can do for your industry!

Have any thoughts that you would like to weigh in with?  I’d love to hear from you below. 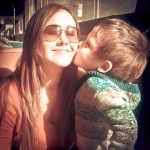 7 Reasons Why VoIP Can Boost Your Digital Marketing Strategy

How To Choose A VoIP Solution for Small Businesses?