Virtual Reality is already big and investors do have a few aces up their sleeves to make it grow. Amidst the barrage of potential ideas, backpack form-factor is what looks good— at least for the time being. My personal experience at the Taipei Computex was pretty awesome and I was quite inspired by Zotac’s Magnus EN980— a gaming PC that supports Virtual Reality. Moreover, the battery was added into the mix and the entire arrangement was stuffed in as a backpack. Then again, the concept of Mixed Reality is a potential winner— unveiled by Microsoft at the same event— amidst several speculations.

Zotac’s take on backpack PCs wasn’t as polished as some of its other renditions which primarily included devices flaunting cooling technology. However, the end result was pretty convincing and the VR-backpack did work, as expected.

I would still like to mention MSI’s professional take on this featured technology as the company paired up VR attributes with the undertones of wearable computing. Termed simply as the ‘MSI Backpack PC’, this gadget isn’t named as convincingly as expected. That said, it still offers a lot of innovation— owing to the sparing power and slick layout.

VR empowered backpack PCs started out as clunky variants of vintage computers, hailing from the 90s. It was actually misleading and frustrating to imagine this as a stepping stone to the future of Virtual Reality but the holographic overlay did work as promised.

My first rendezvous with backpack VR happened a year back at ZeroLatency, via a virtual gaming experience. The arrangement was clubbed together with several leading devices— namely Oculus Dev Kit’ and ‘PlayStation Move Controllers’. Since then, the world of Virtual Reality has seen several improvements— the biggest being the propulsion of consumer-specific headsets.

Even with such a lot of development, the world of VR has been stagnated courtesy intricate sensors and the complex setup, premium processing requirements and the infested mesh of cables. The backpack arrangement at least eliminates cables from the hierarchy.

Coming to Zotac’s Magnus— it is a backpack PC that was paired with HTC Vive.

While the area of work was restricted by the sensors— I did experience a lot of freedom unlike other wired prototypes at the Computex. Other VR experiences including the Vive had me falling over the mesh of cables— whisked away on demand. Moreover, the HTC Vive as directly connected to the backpack with the PC in it. No wonder, my experience with Arizona Sunshine was charming enough and the zombie shooter felt more like a reality.

Trust me, I have played a lot and definitely a lot of VR games but this one felt different— more so due to the virtual kiosk and preset natural movements.

Explaining the New Rig in Detail

My hands-on experience with the ‘Zotac Rig’ is worth mentioning. Although this arrangement isn’t ready for rollout— the first impressions were fantastic. Firstly, the Rig felt light and extremely comfortable upon usage. Coming to power, this device is expected to last up to 90 minutes on high-intensity VR gaming. This might be a bit dampening for the enthusiasts but with investors adding more money— the scope for these kind of devices is actually infinite. Moreover, being a VR addict, smaller doses of fun are better than stretching the game.

Peeping into the Realms of Mixed Reality

I was equally enthralled by the concept of Mixed Reality from Microsoft— putting Windows 10 at the helm. Similar to backpack PCs, Mixed reality brings forth augmentation but in a new console. According to reports, this technology puts virtual objects right into the real world and allows us to interact with the same, via voice commands and gestures. Most importantly, the user will need a headset— similar to the requirements of backpack PC technology. This technology was readily backed by the emergence of Windows Holographic— an OS that would surpass Windows 10 and delve deeper into the realms of mixed reality.

It would be insightful to understand the real essence of Mixed reality which aims at striking the perfect balance between physical and virtual reality.

Hands-On demonstration of mixed reality was an indeed a wonderful experience. It all started with a VR device which might be HTC Vive and can be donned as directed. The user can still perceive the physical object and manipulate the same while keeping a close eye on the hands. One can even picture the holographic representation of an individual— on to the virtual world.

Moreover, this technology can be useful in handling nifty little tasks like playing videos via the Showbox App, streaming with Sky HD and even working on the iTunes for preferred music. In years to come, mixed reality will take over all your PCs and smartphone— offering a cohesive interface to access information, multimedia and everything that exists.

For someone who is bored of VR, Mixed Reality is a more of a zephyr. While the former is completely immersive and cuts us out of the real world, Mixed reality is a new version of augmented reality— enhancing the world surrounding the user. In simpler terms, the latter overlays ready information right on top of the LOS or Line of Sight.

Several firms and tech giants have explored the arena of virtual reality with mixed results but Mixed Reality is a new kid on the block and comes with newer opportunities. With Microsoft clearly betting on augmented reality— signs of the upcoming moon-shot project from Google now seems a reality.

Moreover, Microsoft is clearly betting on enterprise-based apps including the existing HoloLens. Coming to Backpack PCs, it would be interesting to pair up the same with Mixed Reality as it is presently restricted to the perimeter of VR. The synergy between Mixed Reality and Backpack PCs will certainly propel the growth of virtual reality which now eyes an encore— smarting under the success of VR bundles, HTC Vive and other renditions.

We have seen several gadgets in 2016 including the high-profile Oculus Rift. While the expectations are high, reports suggest a massive growth in sale figures of VR devices by 2020— approximately 80 million. 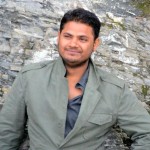 Heralding a New Era of HR: How AR and VR Are Changing Human Resources in the Age of the ‘New Normal’