A 2016 report by analytics company, Comscore has leveraged data points to make sense of US digital audiences and their behavior across desktop, mobiles, and tablets. The report suggests that mobiles are becoming the drivers of online retail and that mobile ad spending will see a significant increase in 2016. I used the report to compare consumer trends for desktop and mobile online commerce. By comparing the time spent on websites, conversion rates and consumer spending we get a good idea of how mobiles are steering digital marketing in a new direction.

Time Spent on Desktop vs Mobile

There is a huge disparity between time spent browsing on mobiles and actual purchases being made. 60% of time spent shopping online is on mobile but with only 16% of the total money spent on purchases. Desktops win this round with a shorter browsing time of 40% and 84% of total dollars spent.

This monetization gap for m-commerce, between browsing time and dollars spent, will continue to reduce over the years. But, bigger screens and added security measures tip the scales in favor of desktops for now.

Social networking leads the pack with 19% of the total digital time spent. 67% of people access social media via their smartphones while 21% use their desktops. Tablets users remain relatively small at 12%.

The total time spent on YouTube is up for both mobile and desktop. While viewing time on the desktop has increased by 8% in two years (2013-15), the time spent on mobile has almost doubled (+95%). As phones grow more powerful and internet speeds continue to improve, people have the facility to consume video wherever they are, whenever they please.

Emarketer statistics for 2014 put sales via desktop at the lead with a 75.1% share of total US E-commerce revenue while mobile lags behind at 11.2%. Most consumers still prefer to browse through items on their mobile and make the final purchase via a desktop.

But a changing trend is apparent with m-commerce seeing a Y/Y retail spending growth of 56% in 2015. Desktop e-commerce experienced moderate growth at 8%. Mobile is steadily gaining momentum to become the leading driver of revenue for online retail.

What are they spending on?

Video Games, Consoles & Accessories, Toys & Hobbies, Sport & Fitness are the fastest growing categories in online retail with the majority of their growth through mobiles. This suggests that customers are more willing to spend on inexpensive, uncomplicated items through their mobile while preferring desktops for more expensive purchases.

The article “2016 U.S. Cross-Platform Future in Focus” is made available for free by Comscore here. 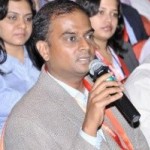