The 10 Biggest Announcements From Google Anything that Google does directly affects our life as it’s now become an integral part of our lifestyle. Google in its I/O 2016 announces some of the big promises and reveals its new innovations that are going to transform the human — technology interaction.

From virtual reality to Artificial Intelligence and from tech devices to the next generation app technology, Google is going to introduce us to a new whole new world of technology.

Here are 10 jaw-dropping biggest announcements from the Google.

It is no longer a secret that according to Google AI is the future of computing and technology. Google Assistance gathers all the information of the user from various sources and uses them to provide a personalized experience more efficiently. Features include voice-powered assistant with much more improved speech recognition, photo detection. Google wants to give an ‘own Google’ to every user so they optimize it at extreme according to their need.

Google is preparing AI which will cover all the aspects and will totally change the human -machine interaction in coming time.

It’s the latest addition to VR technology by the Google. It is powered by the Daydream enables android phones includes obviously Pixel or Pixel XL. This headset from google also has a wireless remote to operate the device. You need to pay $79 to add this gadget to your collection.

Pixel and Pixel are the latest smartphones launched by the Google with more smarter and better features. Both the mobiles are similar in design, however with different display size Pixel has 5 inches of 10801p HD display while Pixel XL have a 5.5-inch display. These mobiles are created by HTC including Google Assistance as the key feature of these mobiles.

These devices aim to give the user rich interface experience and embedded with the latest processor to give lightning fast operating speed.

Google home is a voice activated speaker which listens to everything all time around it. Google home integrated with Google assistance and Chromecast and serves the best features any tech could. It is rounded speaker can be put anywhere, you can ask any question and you will get the instant and significant answer.

Google announces the launch of android wear 2.0, it is first to revamp of the Android wear since it releases. This new Android wear 2.0 saves the users from carrying many devices and allows them to customize the app data on the watch face. The newly enhanced feature includes automatic exercise recognition, swipeable keyboard. Third -party app syncing is also added now for the better interface.

Google Allo is latest addition in the mobile app technology from google, it is the smart messaging app with features like incognito mode, private notifications, ask the question from google while chatting, automatically generated replies using Google Assistance. This app is available for both iOS and android.
With the introduction Allo Google is stepping messaging app market, the app has very interesting extra features to keep you entertain

A video calling app from Google which allows the user one-to-one video interaction. Dou gives a better and good quality video calling experience even with the weak internet connection. It also has a feature called knock knock which shows live video of the caller before picking up the call. It is one of the most demanding mobile apps in app store.

This is the best video calling so far in comparison to other bulky apps. Google Duo connects you to the other side instantly and gives a rich video calling experience.The best thing about the app its simple user interface.

With this announcement of Android Instant App, Google leaves all the users perplexed.  This android app will allow the user to use the app once or twice without downloading it. This will save you from the pain of downloading the app, the app will run on google’s servers instead of mobile.

This is the most awaited project from Google, developers are waiting eagerly to know more about it but Google has kept its information secret. Instant app concept will change the whole app world, users just have to select which app they wanna try and just go for it no install or downloading anything, isn’t it stupendous concept.

Google is planning to remove the burden of Pins and Passwords from the user’s shoulders. By replacing all the credential with some elementary analytical feature it will eliminate the trouble of remembering the passwords.

Right now we don’t have much information regarding the project Abacus but surely it’s one of a kind. Nowadays we have too many credentials with us and these are too confidential to put at some place. Google understands the situation and importance of creating something trustworthy and reliable to take us out of this pain.

It is the latest release of Integrated Development Environment (IDE) called Android Studio 2.2 preview for the developers to create or develop mobile apps with the better interface and enhanced features. This latest version has better layout designer and a firebase plugin which adds the services like Notification, Analytics, Authentication and AdMob.

These above 10 announcements made by Google are the evidence of the coming tech-driven future. Technology is evolving every day and innovations taking place every moment to ensure a better and smart future. Computers, smartphones, and gadget are normal nowadays, things are getting more compact and useable and every sector is digitalizing their operations. Tech giants like Google are working continuously to find smarter ways to assist us and uplift our lifestyle.

We just need to be patient and wait, big things are coming from the Google apart from these announcements the company is also working on some secret projects like Fuchsia. Fuchsia is a new OS from Google which is in developing stage and the search engine didn’t announce officially anything about the project yet. 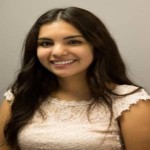