The application integration market is dominated by IBM and Oracle, but AWS and Salesforce with their Paas could change the game. The global market for middleware and infrastructure applications grew by 12% in 2017 and is expected to be worth around $ 30 billion in 2018, according to the latest Gartner survey.

Obviously, the transition of companies to digital, because it requires bridging between several systems, remains today the main driver of this growth, says Fabrizio Biscotti, vice president of research at Gartner. “Companies are moving towards digital models, and they need a modern application infrastructure that can connect data, software, users, and hardware to deliver new digital services or products,” he says. the analyst.

According to Gartner figures, revenue generated by the AIM (Application Integration and Middleware) market reached $ 28.5 billion in 2017, up 11.9% from 2016.

Although the market is still dominated by large on-premise platforms, Cloud and iPaas (Integration Paas) are gaining ground and market share.

In this context, IBM and Oracle, the industry’s historic framework, are staying the course at a steady pace. Both groups achieved single-digit growth in 2016 and 2017 and Gartner expects this growth to continue until 2022. For the analyst firm, these are “slow-growth products, intended for heritage applications “.

Complementary but not a replacement

For Fabrizio Biscotti, the challengers who will break into the AIM market will be those who will position themselves as complementary and not as substitutes, application infrastructures in place, common to most large companies.

“While new entrants, who are agile, seem to be better suited to those who are pursuing digital strategies, the reality is that the existing AIM platforms will continue,” he says. “Pure cloud integration is now a niche requirement – most companies have broader constraints as they search for hybrid integration models. ”

“In the long run, the spectrum should expand, from comprehensive and general integration suites to more specialized and tailored offerings,” he adds.

The iPaaS market still represents a small part of the global market. But it exceeds $ 1 billion in revenue for the first time in 2017, after growing more than 60 percent in 2016 and 72 percent in 2017, says Gartner. This makes iPaaS one of the fastest-growing application segments, confirms the firm.

“The iPaaS market is also beginning to consolidate, especially with the recent acquisition of MuleSoft by Salesforce,  ” said Bindi Bhullar, research director at Gartner. “There is still a lot of room for more mergers, more than half of the AIM market (the” others “) is owned by suppliers who are not in the Top 5,” he says. . This segment is experiencing double-digit growth, which is likely to encourage acquisitions among market leaders who are losing market share to the sun in favor of challengers. ”

The on-demand customer relationship specialist is investing in the content management niche with the acquisition of Koral, a specialist start-up. What to expand its catalog by standing out with applications offered here remotely.

Salesforce.com, an American specialist in online management software, has just launched a pavement in the pool of content management or CMS (content management system) and its actors, pure publishers of software packages so far. He bought a Californian start-up, Koral, born in the summer of 2006, specialized in this type of application. Still unknown, it offers content management tools in the sauce “2.0”, allowing to create, manage but also provide remote data from the information system. A very fashionable approach, also invested by pillars of the computer like lately Intel or even Oracle.

With the help of Koral’s catalog, Salesforce.com will launch two new products this year. The first of these, Salesforce ContentExchange , will manage so-called “unstructured” data, such as Microsoft Office documents or multimedia files (used exponentially in companies, Editor’s note). The application will rely on web 2.0 tools such as tags and rating systems to help users find and categorize content. Koral is not alone in this niche, especially against the competition of SystemOne, Serebrum or MindTouch.

On his blog, Koral’s CEO, Mark Suster, points out that for the start-up; “The one who reinvented the software industry with SaaS ( software as a service )” was the best possible combination. An actor who already has a leg up on older players, such as SAP who is slow to go on the 2.0 which is very openly suspicious of its CEO.

Bruce Francis, head of strategy at Salesforce, said this new offering represents a “major development ground” because it does not only concern salespeople or support teams, traditional targets of the service provider. It also responds to a real need for businesses, a little lost in the face of content management. For example, the offer allows you to search for documents relating to a client, including PowerPoint presentations or even video clips.

More prosaically, Salesforce.com is acquiring a new product line to build its Appexchange project for remote software. Launched in September 2005, it consists of more than 70 applications and is already supposed to reinvent all business computing.

At work for example at Facebook, which had adopted Rypple and as a customer of Sales Cloud is one of the first users of Work.com, this break will extend beyond the business applications of the publisher, especially via his social network Chatter company, which the new solution integrates? This is one of the questions we can ask ourselves. But it will also be worth watching if Salesforce will emulate its competitors. 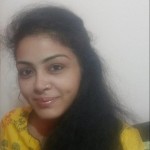