Laravel: The Unbeaten Ruler in the Web Development Market Planning for a web application development? But you are not sure which technology to choose? We understand that picking up the right PHP framework for your web application development can be an onerous task as so many options are presently available in the market. Just like the right framework choice has its perks, a wrong step or mere negligence can cause negative results as well.

An ideal application development framework is the one using which programmers and experts can effortlessly devise flawless, visually stunning, and comprehensive web applications with the desired list of functionalities and features. Laravel web development fits this definition perfectly. As per the report by BuiltWith, 141,634 live websites are presently using Laravel. Well, this is not enough as a reason to choose Laravel.

In this blog post, we are going to highlight why Laravel is gracefully ruling the web development market and you can safely go with Laravel as your next web app development framework.

Organizing the authorization logic along with controlling the access to different resources become significantly easier using Laravel. To equip your application with secure Authentication and Authorization, only a few artisan commands are enough.

Another reason behind Laravel’s immense popularity is its impressive Object-oriented libraries that you can hardly find in any other PHP frameworks. Even the pre-installed libraries are extremely easy to implement and they come with a bunch of advanced features that Laravel experts love.

MVC architecture ensures the clarity between logic and presentation. Being an MVC compliant framework, Laravel offers a lot of inbuilt functions. According to the Laravel programmers worldwide, these inbuilt functions help them to build robust web applications of superior quality. Moreover, the presence of MVC architecture means sophisticated documentation along with the great performance of the web applications. So, using the Laravel web development framework is more like a win-win game for the experts.

Laravel’s inbuilt Blade Template Engine is robust, lightweight, and easy-to-use. This templating engine is comparatively better when compared to others. Why? Well, this Blade templating Engine does not limit the usage of plain PHP in the template’s view part. It combines one or more templates with a data model to produce resulting views.

Also, Laravel developers can write codes by using predefined templates. It undoubtedly saves a lot of time and effort from the developers.

Using this tool, a Laravel developer can perform the majority of tedious and repetitive programming tasks easily. No wonder why this framework is topping the chart of most favored web development frameworks.

To create high- performing web applications, it is always a safer option to opt for Laravel. Why? Well, it provides a basic caching system to achieve simple caching tasks including storing objects in a database or file. Simultaneously, users can integrate the web framework smoothly with other popular caching systems like APC, Memcached, and Redis. Thus, you can boost the performance of web applications.

When you keep the entire database work in seeds and migration, migrating the changes in any other preferred development platform becomes easier.

Making web applications secure is one of the top-most priorities of programmers and developers. Laravel uses the hashed password. It means that the password will never be saved as plain text in the database. Here, the Bcrypt hashing algorithm plays a major role to generate encrypted passwords.

Also, it uses prepared SQL statements. These statements make injection attacks unimaginable. Additionally, it prevents the injection of the tag by applying a simple method. This is another big reason why a web development company prefers to use Laravel over other available web development frameworks.

In Laravel version 5.0, Scheduler was introduced as an addition to the Artisan command-line utility. It allows programmatic scheduling of periodically executed tasks.

This is Laravel’s inbuilt ORM implementation. Compared to other available popular web development frameworks, Laravel’s Object-Relational Mapper is quite impressive. Using expressive syntax, it allows interacting with the database relationships and objects.

This feature was introduced in Laravel’s 5.5 version. It helps to detect the packages automatically that users want to install. So, there is no need to set up any providers or aliases while installing new packages in the framework. More interestingly, for specific packages, developers can disable this feature.

In Laravel Spark, developers will find a scaffolding system. This system helps in authentication, password resets, invoicing along with other related factors for the prebuilt applications.

A Laravel developer can evaluate an explicit web application feature by performing unit testing through the PHP Unit. Furthermore, it sets the PHPUnit.XML file up by default. Thus, the developers get the benefits of writing test cases and performing unit testing throughout the entire phase of development. Also, according to specific testing requirements, Laravel developers can define custom test methods.

Laravel supports HTTP middleware that is essential for adding additional layers to the HTTP route. This feature helps to optimize the communication between the web server and your application without using any third-party tools.

With Enveyor, it is easy to deploy the updated code. Also, managing the installation of Laravel code repositories and cloning appropriate folders becomes significantly easier with this tool.

The most interesting fact about Laravel is that with each release, it offers something innovative and useful. Other than all the above-mentioned perks, Laravel has got vast and strong community support. This also reflects in the web design frameworks later on. It is very helpful when you get some support from the experts while working on an end-to-end and complex web application. So, these are the reasons supporting the fact that Laravel is ruling the web development market. 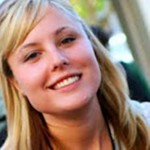