As part of a journalistic experiment called “Behind closed doors on the net” – due commence on February,1 – five journalists will be based for five days in an isolated French cottage and try to generate news with their only source of information being Twitter and Facebook, with no access to TV, radio, print media or smartphones.

The declared purpose of the unusual experiment is to determine whether news generated solely from these two sources could be as reliable as traditional media.

I’m not one to believe that news can be generated and written solely based on Twitter and Facebook updates simply because there’s so much going on there and so much incorrect information that it’s easy for the lines between reality and rumours to get blurred. In some instances users must be ruthless with the information even when they have access to links and other resources, online and offline and try to determine the accuracy of a piece of news.

For instance, the title of a Mashable post I received on my Facebook wall read: “Could These Be Pictures of the Real Apple Tablet? [PICS]”. For those interested in the subject, this is bound to spark some interest. The blog post, which shows a few images of, presumably, the new Apple Tablet – initially reported to be launched today – also generated a lively debate between readers who bring arguments for and against the reliability of this information.

Now imagine that you’re not able to click on the link to read the post, check the accuracy of the information using different venues and write a piece of news based only on the information on your wall and the comments of Facebook users (which are sometimes off-topic as well)!

That said, this will definitely be an interesting experiment to follow, at least to see what it would be like to only have news generated by these networks and maybe, just maybe, we’ll get a glimpse of which one of these two is better at delivering “real” news.

Their success in sourcing great news it’s also going to be very much dependent on the reputation or image the journalists in the sociosphere. Twitter and Facebook are both based around communities and people who share their thoughts, experiences and knowledge with one another. This sharing encourages trust among users and whether or not the journalists have built those relationships will also determine the success of their endeavour.

My money is on the fact that this experiment will show us what we already knew about the relationship between journalism and social media, namely that social media tools are simply that – tools, just like the journalists’ sources or their voice recorder. Journalism, by definition, is a complex system of various sources and, in writing a qualified and compelling piece of news, one source will never be enough.

I’d love to know what your view on this subject is! So please, engage in conversation! 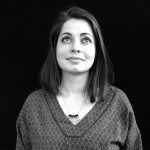 How to Handle Getting Called Out On Social Media