iOS9 Vs Android 6.0 Marshmallow: Comparison at a Glance It hasn’t been very long ago since Android and iOS rolled out its newest edition. In August, Android officially unleashed Android 6.0 Marshmallow, subsequently, Apple unveiled iOS 9 to the world in September. The new version of both the platforms brings a fresh look, some radical changes, and updates to their users.

In tandem with the new features set as Doze power saving mode and fingerprint support, Android M has updated the core software. At the same time, iOS 9 comes with the package of awesomeness; Apple has also made lots of tinkering to give users a great experience.

Though, both OSes have marked out lots of changes and improvements in the latest release, but at first glance, you may find this release analogous to their preceding versions, Android Lolipop and iOS 8. Both Marshmallow and iOS 9 OSes have released most of the changes under the surface. Let’s learn about what’s new via my iOS9 Vs Android 6.0 Marshmallow comparison review.

Android Marshmallow and iOS9 are an all-new operating system, albeit both OSes are visually slightly different to their former versions. Android M hanged on to Lollipop’s look and feel, with some marginal changes simultaneously iOS 9 preserve interface of iOS 8 and iOS 7.

On the other hand, iOS 9 with the subtle tweaks it leaves a greater effect. The new version is intuitive, easy to operate and very well connected with the X computing software of Apple OS. Apple has included new font style for its users. A crucial development in Apple OS is a focus on adding up self-styled ‘Intelligence’ to the operating system. The ‘intelligence’ includes diminutive context-dependant touches that allow iOS devices to identify users’ phone behavior and location to foster action or make recommendations based on the detected information. For instance, if an iPhone user reaches gym or marketplace, the intelligence power of iOS device will bring up suggestions for workout playlist or suggest nearby places and more.

Google Now on Tap vs. Proactive Suggestions and Siri

Google and Apple have endeavored to create the mind-boggling experience for its users each time they release an update. Marshmallow’s preeminent feature, Now on Tap has more and better aptitude to give Google insight into applications. At the same time, Apple’s proactive ‘Siri suggestion’ is much more intuitive and smarter.

With Android M, Google has a new feature called Google Now on Tap, offering time notifications, context-sensitive notifications, information, and reminders. It understands the context of device user’s inquiry based on the application and further brings up most appropriate search results. Now on Tap look at the content on any screen on the user’s phone, whether it is in a Google or a third-party app, and delivers information that might be relevant to keywords on-screen.

With Google Now on Tap user by no means has to suspend the app they are in to get the Google Now Content. For instance, if you are listening to music, you can ask, “What’s his name?” or “is he alive?” Google Now on Tap is hearing your voice and standing by to convert the contents of the app’s screen into a search to get you an answer all without having to leave your music player.

iOS 9 is being labeled as more ‘intelligent’ and it’s all because of Proactive Suggestions and smarter Siri. Personally, I’ am a big fan of this newly added feature, Proactive Suggestions as it has swapped the iPhone into a daily life management device. Apple’s personal assistant, Siri has also made similar contextual developments. It has become more vigilant and responsive than ever before.

The Proactive Suggestions feature learns your habits and founded on the same it bring up apps and commendations at the right time. For example, the playlist you listen the most when you enter the gym, it intuitively sets off the Music app to a preferred playlist the moment you wear in-ear headphones.

The improved Siri of iOS 9 performs searches based on time for pictures and videos. Siri is now more aware of time and location, it now gives suggestions which includes a list of people you speak with often, apps you may perhaps want to use as per the time of day, close by places like restaurants and gas stations, and relevant news. Siri is also contextually aware, hence based on the location or time of day; the Siri Suggestion section offers pertinent content.

Both Apple and Google laid a lot of work to improve the optimization of power usage, as extending battery life is a foremost focal point for both OSes. Google has created its new feature called ‘Doze’ and iOS 9 have created new features called ‘Low Power Mode’.

At the same time, Apple’s iOS 9 don’t detect inactivity of iPhone to automatically power down, but with some company’s tweaks, iPhone’s battery life is improved by an additional hour under standard usage conditions.

Apple’s new feature Low Power Mode adds up three hours of battery life by powering down features that drain a battery. The feature offers a toggle option to optimize settings to rescue battery life. It puts off perfunctory Mail fetch, disables motion effects, animated wallpapers and app refresher in the background. One thing Apple needs to learn from Google is how to be gentler on the battery to increase its life.

Android users can ditch their wallets now because Google has rolled out Android Pay officially with Android 6.0, Marshmallow. Now, Google Wallet has been known as Android Pay since Google re-branded the feature. Android Pay is a Touchless Payment System; it supports fingerprint scanners on Android devices. Android Pay is easy to set up, to enjoy this feature, ensure you have an NFC-equipped smartphone (near-field communication technology) besides it requires an NFC-equipped terminal at the retailer.

Google has given many reasons for loving its re-branded feature, Android Pay. Android Pay supports more Android devices, hence, we can assume more users would be able to use the mobile payments. On the contrary, Apple Pay is only compatible with iPhone 6 and later. Further, Android Pay is accepted by many retailers; in contrast, very few retailers are accepting Apple Pay at the moment.

iOS 9 works with all devices that run iOS 8, this includes the older A5-based iPhone 4s and iPad 2 and newer, and the original iPad mini and newer. On the other hand, Android M isn’t available on many Android smartphones. Disintegration has always been a big concern in the Android space; updates are never assured — even with new, high-end hardware Google’s Android 6.0 Marshmallow made its first appearance with current Nexus device users in the US. Android 6.0.1 was officially released on and in most cases; we’d expect updates to arrive on this latest version.

Android Marshmallow or iOS 9, are you still deciding which one brings the fantastic features that best suits and meets your needs? Today, we talked about some important features which Apple and Google are offerings to their users. It’s remarkable to see how both Google and Apple are becoming similar regardless of the fact how different they are. The latest version of both OSes brings in many comparable features together.

I feel neither of these software updates brings great development. With a few tweaks both OSes are introduced to the world. However, there are some crucial developments in Google and Apple that offer users a better OS in comparison with their preceding versions.

Google has clearly got an edge over iOS in battery life. Apple claims to get you an extra hour of battery life further adds a battery saving mode. iOS 9 battery improvement still unable to defeat rival, Android.

Google’s motion detector has worked well to ensure the Android device has long battery life. Apple’s smarter additions, Proactive Suggestions are worth exploring. Google Now on Tap makes you and your smartphone smarter in action than ever before. It’s quick, more context-aware and scores higher than Siri.

Based on hard facts, I believe Google’s scoreboard steals the spotlight, but at the same predecessors Lollipop and iOS 8 of Google and Apple respectively brought lots of bugs with the release, which requires developer’s attention. The success of the both platforms largely would depend on removing bugs. 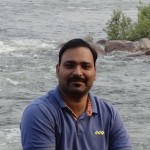 Why Custom App Development Services USA Are Important in Your Business Why Your Business Needs the Charisma of Mobile Apps?