How to Handle Getting Called Out On Social Media

Social Media has taken the world by storm but many business owners still fear the consequences of opening their business up. What do people fear the most about social media?

The three things that I hear most frequently are:

In this article, I’ll outline the components that make up a good response if you get “called out” on social media in a less than favourable fashion, on those rare occasions when you deserve it. In other words, I’ll look at those times when you’ve messed up and someone takes to social media to let you, (and anyone else on the planet that happens to be lurking there), know all about it.

For a little added fun, I thought I’d use a real life example to illustrate the point. So, I’ve picked a little slap on the wrist that Bloggertone’s own Community Manager, Niall Devitt, recently administered to me on Facebook. I was late with my blog post this month, and when Niall asked me when I might be able to submit it, I made a promise that I didn’t keep. I won’t bore you with the details of why that happened, but Niall called me out on Facebook, see below.

Now, Niall is a friend of mine, (at least that’s how I see it), but he was making a valid point, and probably wanted to make an example of me. It wasn’t a heavy duty call out, but it was one nonetheless. (If this comment is still in the article, we’ll know Niall concurs, because he has full editorial control!)

Nobody likes public criticism, however well intentioned. I raised an eyebrow when I saw that comment on Facebook, and initially, I was slightly miffed to be honest. If you are called out for real, by a customer or colleague, you are likely to be upset or annoyed. Knee jerk reactions are ill advised, as they are likely to be full of steam or an emotional response.

The important thing to remember when formulating a response on a social media forum is that you are primarily writing it for visitors to the forum and not for the person who made the comment in the first place. When advising clients about making responses to negatives on Trip Advisor for instance, I suggest they take time out, until they are no longer “steamed” or else ask a friend tor colleague to compose a response on their behalf.

Components of a Good Response

If you have dropped the ball, and probably even if you haven’t, here is the structure of an answer to any form of criticism on social media:

Here’s mine – what do you think? Have I answered Niall’s call out appropriately? 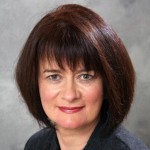