How Can iPhone App Developers Reduce Their App Size? Internal space of an iPhone device plays a vital role in the whole mobile app installation process as the smartphone app size directly correlates with the internal space of the iPhone.

If you have more internal space in your iPhone, then you can download more mobile apps. But if there is a limitation of space, for example, someone with a 16GB iPhone will feel that his phone’s internal space is insufficient. It happens because approximately

These are the following steps used for asset slicing.

Bitcode is the intermediate representation of the code. This is the step in which code will be compiled and thus, the app will link to iTunes. This bitcode will allow you to re-optimize your iPhone app in future without the need of re-submission of a new version. You could also make changes in existing app.

On-Demand resources are the tags which are a great way to minimize your app size. This way is very beneficial for large size mobile applications.

You could understand on demand resources by the fact that a tag is required to represent a resource, you have to assign a tag to each resource during the app development process. You could take a tag as the string identifier. You have to use the name of the tag as a resource identifier.

There are 3 types of On-Demand resources described as follows:

Many times Apple device users suffer because of small storage, thus, it becomes a priority task for an iPhone applications developer to reduce the app size by applying the whole app thinning process. This process improves your mobile app quality, mobile app engagement etc. In the end, you are able to create iPhone apps which use the most Apple device features, consume minimum storage and accommodate future app updates. 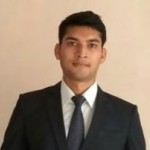