With the announcement that Facebook (FB) are launching an app store, it has become vividly apparent, in my opinion, that they are the personification of guerrilla capitalism in the ‘social’ sphere.  Unfortunately though their revenue suggests that they are are failing at it.  This post is my speculations on their rationale behind launching their very own app store.

On the FB developer’s blog, Aaron Brady claims that the app store is a new place for people to find social apps.  Their take on it is that you are driving further traffic and downloads on your app by exposing it to potentially 900 million people on the network.  A key USP is that rankings of the app will work with differing metrics and developers will be provided with greater insights than that of other app stores.

The real reasons behind the launch:

FB has always had one huge monkey on its back – revenue.  With a less than even remotely impressive IPO, it’s valuation is back to approx $57 billion – not far off half of what it was previously.  Even the announcement of the app store didn’t tickle the fancy of wall street analysts with a slight fall in share price on the day of the announcement.  This is an attempt to grow revenues through two methods – advertising by getting more and more eyeballs onto pages for longer periods of time and through mobile and by taking 30% of the listed price of apps on the store.

The world is beginning to look for substance in FB’s valuation and if FB can’t prove that it can create a significant, growing and sustainable turnover in the immediate future, that share price is going to keep falling.  This is a long, twisty and treacherous road to solving that issue.  Juniper Research predicts that by 2016 mobile apps will generate $52bn – 75% from smartphones and 25% from tablets.  FB has their sights set on a slice of that pie.

Related: Does Facebook Timeline Make Custom Tabs A Thing Of The Past?

15% of Facebook’s revenues in quarter 1 were due to the gaming giant Zynga.  While Zucks should be glad, it is rumoured that he views them as the little brother whom he wants to succeed, but just not too much.  Now he can put Zynga back into the playpen that is his app store.  Similarly with with Android and iOS apps, if more and more people are downloading them from iTunes and Google Play through FB redirects, it makes Apple and Google more reliant on FB and keeps them again somewhat in the Zuck’s playpen.

Many argue that we all have invested too much information in FB.  Well imagine FB with your credit card details?  Imagine how easy after purchase one it would be to start splurging.  With the way ads and various forms of content are targeted at people on the network, you can only conclude that buying behaviour would be an even further indication as to where people will spend money and where ads will be placed.  I think we are going to see some changes in this sphere – FB knows there’s an opportunity to utilize this info to further generate revenue.  How is the big question.

This app store is about stitching another element of peoples online habits into FB – yet another reason to spend a just a few more hours every week on the network.  FB need your money.  Advertising on the platform has turned big revenues but not big enough according to investment powers.

However, the app store presents some positive opportunities to entrepreneurial folk – it provides an additional proven-to-work platform to sell you app on; it provides another channel of revenue potentially and it gives you greater insights into how you should be marketing your app using social networks.  I like this.

As an end user though there are some factors that suck e.g. I can see it now on your feed: ‘Connor Keppel recommends you buy the FB app – ‘irrelevant non-sensical I couldn’t care less updates – please go away’ for just $2 on the app store’.  In addition to this update you have to think logically. I really only have 20 friends that I would take recommendations off.  While the rest are lovely people, successful recommendations generally work through conversation, trust and credibility – not an algorithm.

Complexity will be another issue – going onto a site and seeing they have an app that links through the FB store that is Android App that therefore has to be downloaded via Google Play – it’s like the mobile version of inception.

While it will probably drive app downloads and that’s great, there is one real reason that I think this sucks – it’s just so DONE. I don’t blame FB for trying to get more involved with apps – according to dailyfinance.com the platform sent 83 million visits to the Apple app store in May alone. But another app store that looks like the Apple store is not really an answer for such a huge player.  Come on guys, give us something fresh.  Based on this news I’d say that the FB phone is a given.  Lets hope that there is some sense of originality in that.

Related: Native, Hybrid, Mobile Enabled, Facebook. So Many Types Of Apps, But What Are They?

Why do you think Facebook are launching the store? Will it succeed?  Will its launch stimulate your social experience or add to your businesses potential? 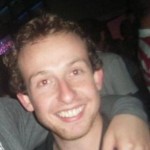