Are We Missing Out On Those Extra Features While Using The Stock Android OS? Today, it is a very well known fact that Android is the most fragmented smartphone OS around. What the phone manufacturers basically do is tweak around the original stock version, to have their own customized Android OS in place. The tweaking takes place in a way which lets the modified OS be differentiated, but also appears similar to the original at the same time. Users who swear to use the pure stock version are obviously not entertained with the tailor made offerings, and so they shun them completely, out of choice.

Are you an avid Android user? On which side do you see yourself? Do you belong to a crowd where being loyal to stock Android is everything? Or, do you belong to a section of people, who are always on the lookout for different personalized versions of Android? Users in favor of the stock version will argue that modified versions do not offer anything new. In fact, they only bring with them bugs and errors, hampering the smartphone performance.

However, there are always two sides to every coin. We truly believe that 3rd party user interfaces have to offer something unique, delivering a whole new user experience altogether, which you can’t expect on the standard Android version. Getting a customized Android on board will certainly take you on an advanced level of experiencing Android, with functionalities beyond imagination. Pure Android is certainly faster, but extremely simplistic to use, which might leave you bored after a certain period. Let us have a look at the different offerings that makes a tailor-made Android version fun to use.

It is surprising to see a dual window setting still not yet added on the actual Android. However, you can experience the same with a personalized Android version. The device we are talking about is Galaxy Note, which came onto the scene way back a few years ago. At that point, this offering meant towards easing multitasking, only possible on a large screen back then. However, since then every phone has a large enough screen size and it is an obsolete feature which is hardly used.

#2. The customization of navigation buttons

Google was the one behind introducing software navigation buttons with Samsung Galaxy Nexus. Since then, there have been no developments from Google’s end, to customize these buttons. Instead, 3rd party manufacturers step forward, to offer customization of these same buttons. Say, for example, LG was the very first manufacturer offering users to modify navigation buttons, with its handset G2. Users were not just allowed to reorder them as per their will, but also add two more buttons to fill up the empty black space. In addition, the handset lets users get the bottom black bar hidden in order to use content all over the screen.

As of today, there is no theming engine present in the version Google has to offer. What we mean is, users using stock Android cannot create themes, or even alter the present ones, to suit their style. With theme generators present in the counterparts, users can always change the default themes, as well as create new ones, based on their requirements.

#4. Tapping mobile to wake up

Amazed? Yeah, right. Google doesn’t even allow waking up your smartphone from the standby mode through a simple tap. In spite of the fact that the functionality does exist in the stock Android version, Google does not really allow it to be actually used.

Many Android enthusiasts today, are aware of what gestures are capable of doing. Stock Android does not have the ability to use gestures for performing tasks. But when using 3rd party launchers, gestures can be used in a variety of ways to perform tasks, going beyond imagination. Gestures usually relate to performing common functions through motions. For example, a swipe to launch a browser, using somewhat little motion of fingers to toggle between recently used apps, etc. A classic example of using gestures can be learnt from Motorola, wherein a camera could be launched simply by twisting the wrist around. In addition, many manufacturers have coded a clever gesture within the front camera.

#6. Utilizing camera at its best

While looking at the camera present in the stock version, you do not really have many options to deal with. Using a burst shot, photo sphere, blurring lenses, panorama, HDR, optical zooming, setting the scene, choosing lighting, etc. are among the default settings you can use. However, what if users want to go beyond that? There are so many other things that could be explored using a camera. As of now, you get tons of other features with 3rd party UIs such as shutter speed control, exposure compensation, focus distance, ISO, white balance, and more. In fact, in many cases you can have a raw photo taken by the camera as well, by giving them naturally automated effects.

So finally, what to conclude?

It would have been phenomenal if we could have seen the stock Android OS evolve as quickly as ever. However, the reality is completely different. Because of tremendous sluggishness in the evolution of stock Android, 3rd parties have constantly been on the toes to come up with fascinating features, blowing the minds of users. We do have a long list of extremely useful features offered by third-party UIs, which Google still has to implement in the original version. Material Design is quite certainly a major step, for which Google should be applauded. However, let us face it. Google still has to bring along a lot more new things to give third party UIs, a run for their money.

Do not get us wrong. We are not against the use of stock android version. The original operating system does have a set of advantages as well in the form of practically no malware, free of errors or bugs, no useless apps occupying the phone and memory space, as well as faster performance. However, we truly feel that using third party UIs will surely leave you with memorable UXs, letting you see Android from a whole new perspective. 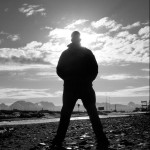 Why a Mobile App is Necessary for Business? How 10 Things Will Change The Way You Approach Android Phone iBeacon vs Eddystone – Which Is the Better One for Your Business?