4 Mistakes Every Blogger Needs to Avoid for Blog Monetization For most bloggers, the sole purpose of blogging is to earn money. That makes sense. Why would they invest their time and resources if there’s no productive outcome in the end? But, blog monetization is a humongous task. It’s humongous because bloggers have limited opportunities to earn money. And the amount they make isn’t much. Besides, the use of

AdSense is still the most popular window for website monetization. Hundreds of bloggers use it. AdSense users are somewhat dependent on it. A little bit of dependence is fine, but overdependence can be a problem.

AdSense may be the number one ad network, but its shortcomings include:

It has happened with a number of site owners. Some had more than $40K stashed when Google disabled their AdSense accounts, without giving them a plausible explanation as to why their accounts were disabled, what policy they violated.

When it comes to AdSense, more clicks = more money, right? Wrong. Yes, clicks do convert to money, but the conversion process is complicated. The CPC (cost per click) varies from one region to another. In some regions, the CPC can be as low as ¢20. Bloggers from those regions have to generate thousands of clicks to earn only a handful of money.

AdSense publishers cannot exert control over selection and formation of ads. Sure, you can inform Google about your preference, but the final decision will be taken by Google.

Because of the above limitations, it’s wise to reduce dependence on it. There are platforms like Sourcengo, Infolinks etc. Let’s have a quick look at how these platforms work:

This tool is custom-built for content publishers in tech and software domain. The platform offers them incremental revenue via premium ads that are relevant to target audiences. Sourcengo offers a laundry-list of ad format options and its ad units are customizable.

Ad units, offered by this network can trigger a high level of engagement. The aim of the tools employed by Infolinks is to understand user intent. Based on the intent, ad units are suggested to bidders. Ads are almost always contextual and relevant.

As there are so many alternatives, being overly reliant on Google AdSense doesn’t make any sense, does it?

Yet another mistake that so many bloggers commit, often unknowingly. They treat product review only as a source of earning. But in reality reviews are more than that. Consumer awareness has increased so much that an average consumer now reads at least 6 online reviews before making up a buying decision.

Favorable reviews from influencers can encourage them to purchase a product. If consumers find the product useful, the reviewer gains their trust. Gaining trust of the online community could be a boon for a blogger. Brands nowadays measure influencers before approaching them for reviews. An influencer who is trusted by consumers would be among their top choices.

But, short-sighted bloggers miss out on such opportunities as they don’t write product reviews for free. Reviewing products for free can expand a blogger’s network as well as his reach. Besides, he can hone his writing skills for hitherto unexplored niche areas.

If the product is an electronic gadget or software, then he should do some hands-on before reviewing it. Hands-on is not always possible, especially if the product is a chimney flue or a 3D printer. In that case, the reviewer needs to find people who actually used it and clue himself in based on feedback received from them.

This one is costing them big time, without them even realizing it. As the visual web is taking a tangible form, images, graphics and videos are becoming a mainstay in the content realm. Not tinkering with multimedia elements limits the effectiveness of blog monetization strategies.

Rich media formats are gaining traction. If the volume of multimedia elements in organic content increases, then a synergy will form. By tapping on that synergy, a blogger can increase ad banner CTR. To understand this, look at the screenshot below:

The red marked image is an infographic. The image within the blue marked area is a promotional poster with a golden color clickable CTA box below. The site owner places the organic image on top of the promotional banner, increasing the odds of the CTA button being clicked.

In the above example, we see how a small experiment can boost ad CTR.

YouTube allows publishers to become ad revenue sharing partners. A blogger can upload insightful videos there and embed those videos to his blog. The advert on the page featuring the video may not register too many clicks. But, people watching the video on the same page may see ads and click there.

The moral of the story – being orthodox with multimedia elements lower your chances of making money from blogging.\

Commenting on other blogs, creating a guest posting network and running PPC ads are some of the ways a blogger builds a list of followers. But, building a list is one thing and utilizing that list and successfully monetizing a blog is a completely different thing. It’s a mistake for bloggers to not put ads on emails and newsletters which they send to their subscribers.

Emails (manual and auto) and newsletters are sent to subscribers to inform them about new posts. The usability of emails and newsletters doesn’t end there. People hate promotional subject lines. Such emails are not even opened and end up in subscriber’s spam folder.

Adverts and paid links overlaid on the email template or on the newsletter template can get clicks. In-text adverts sell better than banner ads, unless a banner ad has a cool graphic. Some bloggers refuse to walk down this aisle because they feel keeping a track of who opens the mail, whether or not he clicks on the ad, would be difficult.

Well, none of these is difficult thanks to cutting-edge tools like Mailchimp, Getresponse, Aweber, etc. You can even consolidate some of these tools with your web analytics monitoring dashboard, so that you could tally email response tracking and ad clicks going up and down.

The four mistakes discussed here reduce a blogger’s chances of making money. Being a blogger, if you want to successfully monetize your blog, then do avoid making these mistakes. That’d escalate your odds of making financial gain out of blogging. 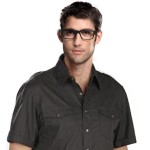