From films to building models, 3D rendering, along with 3D modeling, has found a way into many aspects of our life. But where did 3D rendering and modeling come from? How did these come about? Find yourself curious about how it all began?

The year was 1960. According to the CG Society, William Fetter, a designer, was having a hard time trying to find a way to maximize the space for the cockpits of Boeing airplanes. He wanted to make the most out of every available inch of space within and devising a better layout was the answer. He eventually came up with an orthographic view of the human form that was wholly computer generated. He called it “computer graphics.”

Three years later, in 1963, Ivan Sutherland—a contemporary of Fetter—would start the ball rolling with his PhD. thesis. The title of his work was Sketchpad: A Man-machine Graphical Communications System. It was the first time ever that people could interactively draw an image on a computer display with the help of a software.

Sketchpad eventually led the way for many concepts of graphical computing that’s still relevant today. These included memory structures capable of storing objects and the rubber-banding of lines. It also covered the ability to zoom in as well as out on the display, along with the ability to create lines, corners and joints that were perfect. The software was essentially the first ever Graphical User Interface or GUI, one that existed long before the term was even coined and had gained popularity. It was a breakthrough of epic proportions.

However, that GUI was still a long way from the CGI images we see on our screens today. That meant more work ahead. The next problem developers took on was how to improve on the accuracy, on the visual information, of an image. It also became much more important to find a way to pull that off without adding even more to the geometry. That way, the system memory wouldn’t be bogged down and compromised.

Eventually, the breakthrough came in the form of two shading types. The first was made by Henry Gouraud. It was the Gouraud shading model,  and it’s still in use and famous today. The second was by Phong Bui-Tuong. He was a researcher who took Gouraud’s shading model concept to the next level, refining the idea even more.

The downsides for both were: Gouraud’s model still lacked complexity—realism—around the edges. That, along with the model’s perpetual surface highlight, the popular star-shaped highlight, was a major drawback. On the other hand, while the Phong model successfully improved on such flaws, it was immensely sluggish than the Gouraud model, the process overshooting the mark by being eight times slower.

By the 1970s, CGI was already gaining ground in the designing community, according to an article on Computer Stories. The times saw people explore new movie and designing techniques. With the experimentation came environment mapping techniques, along with the first 3D computer-generated imagery (Futureworld). Both came out the same year: 1976. From then on, 3D rendering technology would evolve into the face and form we know today.

Today, 3D rendering and modeling is everywhere. Given the quality of the technology, it’s now possible for people to use it to fulfill a whole range of purposes. In this sense, it’s regarded as the fusion of technology, for being able to bring together different industries and fields together.

One of the major applications for this technology is in construction. Here’s why:

If you’re planning to have your home built or just have a renovation project in mind, most architects these days will offer you 3D models of the blue print. The 3D models—yes, they aren’t called drawings anymore—are handy in so many ways. Here are some of them:

Aside from architecture, use of 3D technology is now a huge part of marketing, industrial design and forensics—just to name a few.

In marketing, real estate agents can sell more properties, with 3D models since these give potential buyers a clear idea of what it looks like, how spacious or wide or cozy a room or house is. Potential buyers can basically see the structure even without stepping inside the property. It’s a great way to boost buyer interest. Plus, it’s a convenient and easy alternative to a walkthrough when there simply isn’t time for one.

In online marketing, visuals and 3D images work to give that professional look and feel to a site or a project. The more professional it looks, the more reliable yur business looks and the more credible you seem. With 3D models, you’ll find it much easier to tip a client’s decision in your favor.

In forensics, facial reconstruction via the use of 3D rendering and modeling is one of the most important tools in the fight against crime and criminals today.

These are just some of the industries today that use 3D rendering and modeling technology. As the technology further evolves—and our comfort level improves along with it—more industries will likely go the same way. Waiting to see how all that will eventually turn out and what new technologies come out of it is something we’d love to see. 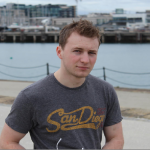