3 Streaming Providers that May Dominate the Market in 2017 Live video streaming is changing the Internet in countless ways. As demand for streaming service has grown, many large publishers have tried to capture a share of the market.

VIDGO is one of the most recent brands to get in on the action. Vidgo plans to compete head-to-head with Netflix and Hulu. However, many industry pundits question whether it will succeed in the increasingly competitive market. Here is an overview of the three brands.

Netflix was founded in 1997. Over the past 20 years, it has become the world’s most popular video streaming service.

However, Netflix’s domination of the streaming industry may be coming to an end. Last year, the company reported its slowest year of growth on record. It only added 160,000 subscribers in the US, which was a third of what it originally projected at the beginning of the fiscal year.

A lot of factors have come into play. Industry pundits blame most of the loss on Netflix’s recent price hikes. However, more lasting problems may be contributing. Here are some limitations of Netflix and reasons Vidgo is expected to capture market share.

While there are many benefits of Netflix, customizability isn’t one of them. The company provides a couple service packages that customers can choose from: basic, standard and premium.

Unfortunately, customers often complain they don’t have enough flexibility over their subscriber options. Vidgo intends to provide a much more seamless list of subscriber choices.

One of the biggest problems plaguing Netflix has been its limited options for local streaming. When the company was first launched, people were fine with just using it to watch their favorite movies. However, their expectations have risen, especially since many of them have decided to cut the cord on their cable.

Vidgo is expected to fill this void. The new streaming service will offer a much broader range of services than Netflix and Hulu. Most importantly, it is focusing on providing local content. This could be the Achilles heel that lets it take on the streaming giants.

Cloud computing is changing the future of multimedia in countless ways. Techworm claims that Vidgo is underselling itself by not focusing enough on its cloud-based service model. They claim that this is the primary feature that differentiates Vidgo from its core competitors.

“Vidgo bills itself as a TV application, but clearly it’s the next stage of TV and movie streaming. It even allows you to record all your favorite shows on a cloud-based digital recording system, so you can watch what you want, when you want. With a rapidly expanding on-demand catalog of numerous popular movies, consumers can now seamlessly switch between watching their favorite TV show or movie and keeping track of their local news with one simple click.”

Shane Cannon, Chief Marketing Officer for Vidgo, has only recently begun to emphasize the level of flexibility that their streaming platform provides. “VIDGO is putting 100 percent of its resources toward a best-in-class video stream solution that truly puts the customer in the driver’s seat,” said Cannon. “This is allowing us to develop strong relationships with programmers, and will help us reach and acquire customers who have opted not to subscribe to a traditional, paid TV service.”

Multi-device support has always been a major limitation of Netflix. The standard Netflix plan only allows people to use only two devices at a time. This can be particularly problematic for larger households that don’t want to watch the same content or share Netflix accounts with adult children living in other cities. One of the things that sets Hulu apart from Netflix is that it supports numerous devices.

Hulu also markets to customers seeking different content than Netflix users. While Netflix offers a much wider range of video, Hulu has a very comprehensive range of TV show options. It doesn’t offer enough options to replace cable, but it is the best option for people that want to watch all of their favorite TV shows on demand.

In 2015, the Wall Street Journal reported that roadblocks to local video streaming had always been a challenge for the industry. Other streaming providers such as Vue were unable to lock anything down. However, Vidgo is finally making progress.

“Local TV provides the best content experience, so that’s what we want,” said Tim Connolly, Hulu senior VP and head of distribution and partnerships. “You want to be able to watch the local game.”

Challenges All Streaming Services Will Have to Overcome

Vidgo is a very interesting concept. It may be a viable competitor in the video streaming market. However, it still faces an uphill battle if it intends to compete against Netflix and Hulu. Meanwhile, Hulu and Netflix are eager to expand their own product offerings and enter new markets. They will likely face challenges of their own.

Here are some of the challenges it must overcome.

All streaming services will need considerable capital to penetrate existing markets and expand into new territories. However, this may be difficult, because investors may be wary of new streaming providers.

Meerkat shut down a few months ago, due to revenue shortfalls. Video streaming services are operating under different monetization models, but may still face opposition from investors. It may have even more trouble than Meerkat, because it will be competing head to head with Netflix and Hulu.

Vidgo clearly lacks the brand recognition of Netflix, Hulu and other large streaming providers. It will need to actively promote itself if it hopes to angle for market share.

Netflix and Hulu will face challenges entering new markets as well. They must compete with companies like Stan and BoxTV, which are dominant players in other countries.

Vidgo and Hulu’s dependence on cloud technology is one of their main selling points. However, they will need a tremendous infrastructure to deliver on its promises.

Cannon and his colleagues have provided few details about the company’s cloud capabilities and resources. It’s possible they have underestimated the need for servers, especially if demand for Vidgo is stronger than anticipated. If that is the case, they will need to secure new investments to quickly scale their resources to avoid facing blackouts.

What is the Verdict?

Vidgo is a rising star in an industry with fairly limited competition. However, it is competing against two of the most famous brands in the world.

Vidgo is likely to hold its own. The question is whether it will surpass Hulu and Netflix and become the most popular streaming service on the Internet. Only time will tell. 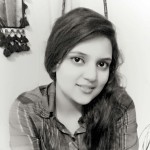 7 Ways to Use Live Streaming for Your Business