The Top Three Business Resolutions For 2013

New Year resolutions tend to focus on the negative, on what needs to be removed, changed or otherwise altered to make things in some way better. Instead of this wasteful and depressing exercise how about focussing on what went well with customer engagement in 2012, and focussing on plans to improve even further?

I asked a number of business owners what they felt worked for them last year, and how that affected planning for 2013. Not a very scientific study, but here were the top take-aways:

# 1. Widening the customer base is a strategic priority for 2013

2012 was a year of cost reductions – retain and delight the existing customer base. In talking with owners and sales teams it appears that 2013 will feature a move from survival toward a more strategic emphasis on spreading the risk – via new customer acquisition along with existing customer up-sell. The drive to exceed sales targets is never new – but a determination to go from a purely defensive strategy to a more offensive move appears stronger than last year.

If these efforts succeed, could it be that 2013 becomes the year when things stopped getting worse?

# 2. We will strengthen and deepen our social media skills

Many companies moved into the social arena and inbound marketing in 2012 – with mixed results, as some business found that their  target audience tolerance for waffle is very short and very sharp.

There was a realisation that building strong engagement with social media takes time, resources and ongoing commitment. However in my unscientific survey it was clearly recognized that engagement models are changing, and that new customer acquisition and retention will depend on success in this new arena.

Wouldn’t it be great if 2013 was the year that we finally left behind the frozen blog, learned to stop counting ‘likes’ and ‘friends’, and moved on to a deeper customer engagement?

# 3. We will build a financial consensus earlier in the sales process

Several respondents seem committed to developing even more financial vocabulary and skills within their sales team. They will do this in order to build stronger engagement with the accounting function in the target account. There were no potential MBA courses on order – rather a stronger commitment toward building consensus within the accounting function early in the sales process.

In more than one case the sales team hit a glass wall when they felt they were home and dry – because even within the target account the product champion had not built sufficient awareness and consensus with his finance counterparts in advance of a formal proposal.

Perhaps 2013 could be the year where ‘put up with the pain’ is no longer the universal answer to every proposed new initiative?

So that is it for my mini Vox Pop – relief at getting through 2012 intact and tiny green shoots for 2013.

Does this mirror your expectations or what you have been hearing? Please comment below, I’d love to hear from you. 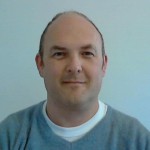 How to Increase Your B2B Customer Base Using Digital Marketing Methods? 3 Ways to Personalize the Sales Process