The Top 5 Marketing Campaigns Of All Time

In modern times a better product can fall foul to a poorer quality competitor simply because of good marketing. Marketing is king. It is a multi-million dollar industry, in which companies invest in whole teams and departments to drive their brand and advertising campaigns forward.

A successful marketing campaign sticks in a consumers mind and lasts in their memory for an eternity. Everyone associates the phrase “they’re great” with Frosties, in the same way that if I said “take a break” you would think of…? Yes, that’s right KitKat!

Here is 5 of the all-time greats in campaign marketing…

Absolut managed to thrust themselves into a more prominent position in the vodka market with their simple, and rather mundane, bottle design. The bottle is one of the most recognisable spirits on the shelf and the campaign served as the longest, uninterrupted campaign in history – over 25 years! In this time, the company produced over 1,500 advertising campaigns off the bottle designed.

#4. California Milk Processor Board: Got Milk?

It is quite possible that you may be familiar with this slogan without actually knowing its origin, which shows how successful the campaign was! ‘Got milk?’ increased sales of the white stuff by 7% in California alone. The key to the campaign was that it made people appreciate something, that they already knew existed, a little bit more. It did not necessarily draw in new customers, but served as a reminder to people in a kind of “hey, don’t forget us” way.

Apple have produced an abundance of great marketing and advertising campaigns, however the daddy of them all was this one. The campaign compared a Mac to a PC and, without being in your face, showed off the amazing features of the Mac. Consumers really related to the campaign and they could visualise themselves using one. Eventually, Apple experienced 42% market share growth from the campaign. 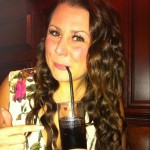