The World Waits For No One: The Story Of Dave Carroll, United Airlines And Taylor Guitars

In a world where speed and agility are essential ingredients to success, many businesses are finding it hard to keep up with the expectations of their customers. However, a slow response can leave your business fatally exposed.

How can you keep up to date with what people are saying about your brand so you can take action as quickly as possible? Taking full advantage of positive feedback about your brand or minimizing the consequences of negative comments is now critical. Here is a great example:

The story of Dave Carroll, United Airlines and Taylor Guitars

Spring 2008 in Chicago’s airport a woman looked out of a United Airlines passenger window and announced astonishingly “they’re throwing guitars out there”. Dave Carroll and four band members on their way home to Canada were shocked to find that it was their guitars that were being handled so badly.

Later, upon opening his guitar case Dave discovered that his Taylor guitar was indeed broken. Consequently he got in contact with United who refused to acknowledge Dave’s claim. So frustrated with the outcome Dave decided to create a song about his experience with United and posted it on You Tube entitled “United breaks guitars”

Within 4 days the video had received 1 million views and not long afterwards the 2 million mark was reached. What were the consequences of this viral video to the parties involved?

No statements to the press. No comments on blogs. No explanation on their website. United missed a huge opportunity to lessen the damage to its reputation caused by the video.

What are the ways you can avoid this situation, keep up to date with what people are saying about you and take action as soon as possible?

In today’s world of real time marketing where breaking news, twitter feeds and social media updates rank high in the search engines, its not an option but a necessity to keep up to date with what people are saying about you. Are you? 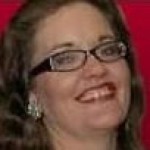 4 Ways to Improve Your Marketing Strategies With a CRM How Can Your Online Site Show Your Brand’s Credibility And Quality?