The Changing Mindset Of The Consumer Have you flicked on the TV recently and seen an advert for a comparison site?  Traveled on the tube or looked at the side of a bus?  As annoying as the song is, the second the overweight opera singer with a fantastically coiffure moustache pops up – you know the tune that is soon to escape from his lips – and this is normally played after some pretty suave meerkats advertise their wares.

These adverts for comparison websites are prolific and the reason why is what every conscientious business owner should be asking themselves and answering in the same breath – they have considered and met the exact consumer mindset of the current climate.

As a business owner or sole trader you must have thought about his recently and if you haven’t addressed the issue of the ever changing mindset of the consumer, then you really should… It might explain why certain marketing actions haven’t seemed to generate as much interest as they once used to or turned into cold hard money sales.

Over the past two years the consumer mindset has visibly changed before our eyes. The days of impulsive buying and shopping on the high street which enabled high street brands to survive and indeed thrive can only be remembered fondly.  Consumers are now bidding in a game of shopping war for the best deal – always determined to save money on bills, clothing, food and all consumer goods and services.

To stay in business, brands have had to re-vamp not only their marketing strategies to give potential consumers another reason to shop with them such as store points or two-for-one deals but also re-vamp in some cases their whole chain of supply to cut costs to merely keep their heads above water.

As the consumers have battled with redundancies but still have the need to make specific purchases, companies have battled with staying afloat in a time where they really need some hard core WAGS to waddle down their high street in their Jimmy Choos and spend.

On the one hand we have the hard core comparison buyers and in the other hand we have the high disposable income earners who still have money to shop on non-essential items.  We have the meer cat comparers vs. Mere glances at price tags and purchasers.  But at this point in time who will win overall?

Comparison sites have worked so incredibly well and have made such a phenomenal change to many people’s method of shopping and overall cash flow in the past few years that they deserve a formal pat on the back.  They allow the consumer to get savvy, stress-free deals, potentially saving them hundreds of pounds in the minimum amount of time.  They take the stress out of mundane task shopping and instead has started a competitive streak between friends to see who can achieve the ‘I saved the most’ kudos.  The consumer mindset at this point in time is all about comparing.

As for high street sellers and producers of other goods not listed on these comparison sites the recession has struck hard and fast with the high streets literally getting quieter than ever before with consumers not even venturing out of their homes for fear of making an impulse buying decision.  If you are one of the business owners you will have been looking to survive this period of time and re-evaluating every aspect of your products, USP’s, marketing and pricing.  You will be holding on for the moment when people venture out of their homes with their friends for a spot of lunch and shopping again.

But will this time ever come, or has the consumer mindset been changed irrevocably to one where getting the best deal wins and frivolous spending is avoided?

This is where one bit of good news comes in regarding the consumer mindset – it is human nature to aspire to things that are just beyond our reach.  To want things that we can’t quite have…yet.  To be able to say to someone that “no I didn’t really need it but I thought it anyway” brings a certain other kind of kudos to the table – wealth.  People want to be perceived as successful and that can be measured in terms of wealth.

It is a case of survival until this point.

For example, brands such as Chloe who offer haute couture clothing and designer handbags have held on through this time with remarkable planning and analysis.  They recognised that their USP was quality and design to their name so their price tags had to remain high to reflect their pride in their brand’s ethos.  However to survive they have pushed their “See by Chloe” range of mid-priced products to allow everyone to still own a piece of well made designer accessory whilst secretly aspiring to the day when they can march into Selfridges and purchase the original top end one.  Sales were still made and the brand has pushed itself forward.

To completely lower prices in a recession to meet the current consumer mindset is a massive gamble if you want to make a profit after the recession has passed.  For example cut price TV’s – when prices are low consumers will love you for it.  When the recession is over and you try to put up your prices up they will loathe you for it and remember the price it used to be.  Your product will then be compared to high end range products which the consumer will then aspire to save up for…

It makes sense to embrace the comparison site age and even improve your cash flow as you’re doing it by saving money using them.

Being an adaptable opportunist has never been so important for a successful business and it must be said that forgetting to analyse your consumer’s mindset is as poor as failing to monitor your financial performance at any time. 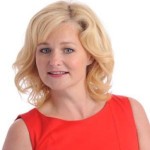 7 Ways to Market Your Business on a Tight Budget How Your Business Card Can Become Your Best Marketing Tool