I have recently read a very interesting article on Social Media. The article was written in 2007 by Danath Boyd and Nicole Ellison. Both are pretty formidable entities in the world of Social Network Site (SNS) research. They tend to look at SNS from a sociological perspective as opposed to a business perspective but I guess we can’t really hold that against them 🙂 Boyd also appeared on the recent BBC series “Virtual Revolution”, a four part documentary presented by Aleks Krotoski. After you finish reading this blog you can check out a Youtube video about the series here but only after you finish reading this post.

So the paper continues with a description of how social network sites work, such as connecting with others ” friending” and “fanning” etc. and explains how on some sites there are two way directional ties such as facebook ( both parties must agree to the relationship) and one way ties ( such as twitter where you can follow someone without having to ask their permission). I’m mentioning this as the strength of tie within a social network has received much attention in the offline literature and social network sites open up a new avenue of research in this area. From my own experience the dyadic relationships that I have with people on Facebook, while weak in nature have an increased strength of tie compared with those relationships that I have with people who I follow and who follow me on my twitter account drofsocialmedia for example.

According to the article the first social network arrived in 1997 in the form of sixdegrees.com. Unfortunately, this bummed out in 2000. Its founder attributes its failure to the fact that it was ahead of its time as not many people were using such sites and those that did get bored or found nothing to do once they joined due to their reluctance to build new social networks online. The interesting point to note here is that these networks found themselves facilitating existing offline social networks as appose to building entirely new social networks.

Interestingly, the internet first experienced social network sites aimed at leveraging business networks in the form of Ryze.com, a social network site which would never receive mass popularity compared to LinkedIn for example. From the article it looks like the first really popular social network site to hit the internet was “Friendster”. However, the sites strong popularity left it with a number of technical problems in supporting the growth. This, combined with some of the decisions the company made relating to restricting what users could do on the site paved the way for “MySpace”.

While Friendster appears to have had a certain vision where it would remove members who did not conform to the vision, MySpace seems to have adapted its vision to suit its audience (basically listened to its audience). As a result MySpace became the site of preference not only with dissatisfied Friendster users but also become the site of choice with musicians. The musicians began attracting teenagers and MySpace adopted its terms and conditions to accommodate the younger audience. The number of people using MySpace soared and with the former Friendster users, the musicians and the teenagers, MySpace earned itself a price tag of $580 million in 2005. Not bad eh! although a somewhat paltry amount compared to the approx 15 billion Facebook price tag .

The authors go on to mention other social network sites that emerged during the period. Check out the article if you want a definitive list but the point I thought was worth noting is that while some of the sites didn’t take off in the their home country they did gain mass popularity in other countries such as Google’s “Orkut”.

Of course the article mentions Facebook but as I intend to do a blog about “The Facebook Story” by Sarah Lacy I will leave this for another day. 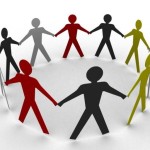