How To Resurrect Your LinkedIn Contacts And Get Free PR I met Matt Phelan, Director of 4P’s Marketing a few months ago at the Digital Lounge networking event in London. After that, we connected on Linkedin and stayed in touch.

One day, one of his posts caught my eye.  Matt realised that he wasn’t using LinkedIn as a networking tool but more like a “contact collection platform”. He also confirmed that in the office after asking around and realising that pretty much everyone was using it the same way.

He then scanned through all his connections and discovered:

As a result (and in line with his New Year’s resolution) he decided to send a message to all his 700+ LinkedIn contacts and invited them a drink. Most importantly, he created momentum by giving a name to this action/event: “1 man, 1 mission and 1 small London pub“. This was a crucial step in the execution of the idea. If people wanted to learn about the story, the title was easy to remember and find, also catchy. Anybody could simply go to the announcement post to read more and hopefully, share the story thought their own networks (which is what I did).

A few days later, he published another post with a cool update : An amazing 10% of his network replied immediately saying that they would be there, one person “unsubscribed”, even an ex-girlfriend replied! (Not sure what language was used here).

…finally arrived. I entered the pub and found a crowded corner. There was Matt, networking and as promised, delivering drinks. He was also well trained (I figure he really practiced this one). He rejected any attempt from attendees to buy him a drink back.

I spent a phenomenal evening, met new people and got a chance to catch up with other people I met at other events. I found myself saying a few times “I didn’t know you were connected with Matt”. A small world they say…

What were the results?

Matt learnt a lot more about the his network. He also found out that most people came down to “See what would happen?”. Interesting.

What about you? Are you in touch with your LinkedIn connections? Have you done anything similar to keep your business network alive? 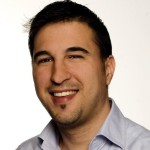 Get More Views to Your LinkedIn Profile and Boost Your Business LinkedIn: So Just Who Owns Your Profile?