How Important Is Page Speed To SEO? We’ve all heard about the correlation between site speed and search ranking. And every blogger knows how important it is that your visitors not leave your site immediately after landing there; which they’ll often do if they have to wait a long time for your page to load for them.

Because of the perceived importance of page speed I thought it would be helpful to look into this a little more to try and determine if there is a real and tangible correlation; does page speed really make a difference to search engine rankings?

While I don’t have the resources that it would take to perform an in-depth study, I can take a look at the larger body of work done by others regarding site speed and see if there’s a definitive consensus, and if so, what it means to bloggers who are trying to inch out every drop of SEO performance from their sites.

What The SEO Experts Say

Are Variables Under Our Control Worth Messing With?

First things first. What does Google itself say about this… the correlation between site speed and search ranking? In 2010 Google opened up this can of worms when they announced that:

“Google is incorporating site speed as one of the over 200 signals that we use in determining search rankings.”

So the race began to interpret this and see what it meant to SEO, and more specifically how professional bloggers and affiliates could control site speed in a way that positively affected their rankings.

No article on SEO would be complete without letting MOZ weigh in on the subject. In an August 2013 article MOZ had this to say about site speed and rankings:

So their study showed a nominal, though insignificant correlation between Front-end metrics (things we control from our WordPress dashboard or FTP) and actual rankings in the search engines (though not everyone was on board, see their comments section). While the Back-end metrics showed a significant correlation; that sites which had better back-end performance tended to rank better.

These “back-end” metrics include things such as CDN’s (Content Delivery Networks – i.e. Clouds), web servers, their network connections, and the back-end application and database servers. Things we cannot directly control, but which we can influence by choosing a good web host (see article on Web Hosting For Performance).

MOZ’s findings don’t surprise me, because while everyone was looking for the “hidden” clues, they were actually given to us outright by Google. SearchEngineLand.com has a great article on this and they wrote about the initial announcement Google made regarding site speed, and specifically the “two” factors mentioned by Google’s Amit Singhal.

So where’s the mystery then? Why are we still having this discussion? Given that Google said that it measures “how a page responds to Googlebot” then it would be logical to assume that the back-end metrics (host server and/or CDN) would matter most there. And secondly, when it comes to Load Time you have instant access to this exact measurement from PageSpeed Insights, AND Google is even kind of enough to interpret the data AND tell you what you can do to improve your page load times.

What To Take Away From This SEO Discussion

The point of this article was to 1) relieve those who worry and toil needlessly over site speed, which is clearly (far) less important than, say, quality content or backlinks. 2) To show quick and easy ways to address some issues with page load problems.

There are several basic, and easy, steps that you should be taking on each of your blogs to make a noticeable difference on your blog’s page speed.

First, you should be using a caching plugin like W3 Total Cache (WP Super Cache is a good second, but still is the “second best”). Dashboardjunkie.com did an in-depth study of the cache plugins out there and W3 won handily. It’s free and relatively easy to setup. Here’s a great in-depth guide on getting the most from your blog using the W3 Total Cache plugin. This will usually make a big enough difference that you can feel it without even measuring (in my experience installing it on un-optimized sites). NOTE: BACKUP YOUR SITE BEFORE INSTALLING NEW PLUGINS OR CHANGING SETTINGS … ALWAYS.

Next, make sure that all of your images are optimized (compressed) so as to reduce load times and resource usage. There are some very good and free plugins, like WP-SmushIt and EWWW Image Optimizer.

Regarding blogs, some WordPress themes look really cool but might actually be really slow due to their coding or framework. There are sites which test various frameworks and themes, so I would suggest spending some time to find the best theme for your needs, which also is as fast as possible. It is irrefutable that different themes perform significantly different in the way that they load (and how fast), so this step alone is massively huge.

Next is one that a lot of people overlook, but can be significant. Grab the free plugin WP Optimizer and use it to optimize your database and increase load times. Again, always perform backups before you go messing with the database or WordPress files. You can find experts on Fiverr who make their living doing this type of work, so if you aren’t capable of this type of work then hire someone to speed up your blog and database for a few bucks. Make sure to talk with them first and ask them to backup everything for you; though most will do it anyway. Look for a Fiverr gig with a lot of positive feedback from others and few (if any) negative feedback to find someone who knows what they’re doing.

Using a plugin can save you time and add value in terms of page speed.

You’ve almost certainly heard of the top SEO plugins like Yoast’s or All In One, but you may not have heard of the newcomer, Premium SEO Rizer. There’s quite a lot of discussion about this new tool and for good reason- it promises to do a whole lot more than we’re used to with the aforementioned plugins.

To get the discussion of price out of the way, yes, Premium SEO Rizer is a “premium” plugin, meaning it’s not free. However, both of the two plugins mentioned have a premium version, and both of them cost way more than this new kid on the block and do far less.

On top of ALL of the regular SEO plugin stuff you’re used to, like setting META data and Permalinks, there’s some very advanced features now being given to you right from the dashboard. Here’s an overview of the modules included, to give you an idea:

From this you can see real quick that you will now be doing many of the tasks, in one plugin, that used to take several. You can delete those others now and reduce speed robbing bloat. And imagine how convenient it will be to have PageSpeed Insights and Google Analytics right on your WordPress dashboard.

In the end this is about improving the performance of your sites. Adding a great plugin for SEO and making some basic adjustments to your blog as I’ve shown above will make a really big difference in how easy and well your pages rank in the search engines. Putting a little bit of work into it early (optimizing) will pay dividends later, and make your work easier going forward. 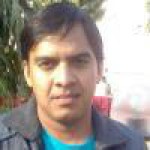