Guide for How Your Businesses Should Respond to Negative Criticism Online It doesn’t really matter what type of business you run, or even how good of a job it’s doing. Someday, someone, somewhere, is going to criticize what you’re doing online. Just like you use the web to promote your brand, it also provides a great shield by which people can freely express their opinions, even the negative ones.

So what’s the best policy for when your company receives inevitable negative criticism online? Consider this a guide for how to respond, if at all, through various channels.

It’s hard sometimes to keep your cool when someone says something negative on social media. But responding earnestly with a cool head is the only way to truly address it when it happens. Your company’s Twitter, Facebook, and LinkedIn profiles are literally designed to be your digital public face, so not responding to criticism sends a peculiar message not only to the commenter, but to anyone who sees it.

Responding to social complaints is your company’s way to be empathetic with users and to display how well you listen to concerns. Even a negative post from someone else can be turned into a positive for your brand if you respond well enough.

Considering deleting the comment? Think about the message that sends: “your problem with our company not only needs to be ignored, but swept under the rug.”

This is a tricky one. On one hand, replying gives you a chance to defend yourself in a public manner. But it also risks making you look like you’re spending too much time on comments, which can’t be good either.

You also have to consider that, unlike with social media, the commenter wasn’t commenting to YOU, it was commenting to a story about you. Generally speaking, leave these alone, regardless of whether or the article took a positive, negative, or neutral stance about your brand.

If you receive sharp criticisms on a post on your company’s blog, it it should be addressed quickly and sincerely. After all, it’s on your very own website; not responding sends the message that you aren’t paying attention, or that you don’t care. Either way, take the time to respond. Responding well to a user’s criticism could even make you look better in the eyes of readers than if no one had commented in the first place.

Proceed at your own risk on Reddit. It’s a haven for haters, scowlers, and the downright mean. Posting material about your company on various subreddits is a great way to get eyeballs and exposure, but make sure it’s valuable information for their community or you’ll pay for it.

Negative criticism on Reddit is really just part of the game, so be careful about responding. Given the relative anonymity of the site, it’s probably best to let it go if your post isn’t received well  and not engage in other users’ criticisms. And for your own mental health’s sake, make sure you have thick skin.

Quite possibly the biggest nightmare for your company’s PR department, an article that mentions your brand in a negative way can do a lot of harm. And how exactly are you supposed to respond to it? You can’t exactly make a bold statement in the comment section and appear like you’re in control of the situation, assuming people even read the comments in the first place.

With this type of press, it’s advisable to take a more direct approach. Take the time to email the writer directly, tell them that you appreciate them taking the time to write about your company, but ask politely if there’s any way they’d consider changing it to a more positive tone. Use convincing language, cite why you aren’t the bad company they say you are. It’s no surefire way, but it’s the best chance you have. Writers find it much more difficult to talk negatively about someone they know — so make yourself known to them.

#6. Yelp or Other Review Sites

Review sites are an interesting one. This type of medium doesn’t generally lend itself very well to responses to criticism. And, what if you’re a big company that receives lots of reviews? Are you going to respond to each one? This is really a case where responses should be used sparingly, if at all, and only to correct blatant misinformation about your company. Anything else would be a waste of time.

There may be no greater challenge to your coolheadedness than a competitor openly criticizing your company for their own benefit. Most comparison charts produced by marketing departments analyzing competitors in a space aren’t giving honest assessments of your product offering. Instead. they’re telling the world how great they are. This presents a very difficult scenario; if you aren’t comfortable with mudslinging yourself, it’s hard to respond effectively. The best course of action is to contact their marketing department directly and ask that they, at the very least, provide 100% accurate information about your company in their promotional materials. Responding publicly in any way would send the wrong message to users genuinely looking to compare your companies.

It’s also important to understand the legitimacy of the complaint. A user responding politely because they’ve had a bad experience with your company is worlds different than a person being vulgar and using their anonymity as a means to say hurtful things. The good news is the online public tends to know the difference between the two, and your response to the former will go a lot further than your response to the latter.

It’s a fine balance between what’s acceptable to respond to, and what will actually make you look worse. At any rate, keep in mind that you’re never responding as yourself, you’re responding as the company you represent. So it makes it all that more important to be careful, selective, and smart when you issue responses to online criticisms.

Do you have any experience responding to negative conversations about your brand online? What strategy have you taken? Let us know! 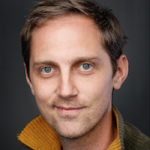 Someone Has Soiled Your Image OnLine: What Next? Unsocial Me TO Social Happy: How to Turn Online Negatives Into Positives