Facebook Advertising: What We Can Learn From Ford And GM? In early May, GM made a big announcement. Not about a new product line or a CEO or the kind of financial difficulties that were such big news just a few years ago, but about their decision to pull $10 million of their advertising off of Facebook. Their reasoning: they weren’t getting a return on their investment, the kind of attention they were so used to measuring using traditional means.

And, because the world is a place of irony, this of course got them a lot of attention in the media, especially when Ford Tweeted in response: “It’s all about the execution. Our Facebook ads are effective when strategically combined with engaging content & innovation.”

And so, the great GM vs. Ford social wars began. Which one has it right, and what can we learn from their mentality, strategies, and results?

Marketing is no longer a one way street

While Henry Ford may have pioneered the industrial technology that revolutionized the auto industry in the early 1900s, GM is the company that’s stuck with an assembly line mentality. It still believes that advertising is a one way street, devoting $2.8 billion domestically and $3.9 billion globally to its overall advertising budget in 2010, making them the 3rd largest advertiser in the US. They carry this mentality into the social media sphere, using a “build it and they’ll come” approach without investing time or money into promoting engagement on the diverse channels through which consumers connect with brands.

For instance, GM developed a pretty cool initiative – the Chrevolet Plant a Tree Campaign – in which they promised to plant a tree for every one virtual tree planted by a user on an app they developed. But they promoted this app not by, say, producing a video on youtube and posting it to their Facebook page, tweeting out frequent messages about the program and retweeting involved users, or doing any of the constant, repeated and multi-channel efforts that comprise a tight social media campaign. They posted a message about it once and left it at that.

Know what social media is and can do

It may sound like a small thing, but this example unveils a fundamental misunderstanding about what social media is and can do. As Scott Monty, Head of Social Media at Ford, articulates so cogently in this PowerPoint presentation, social media is about humanizing a company and increasing engagement. It’s not a place to post an ad and wait for the dollars to roll in. It’s a place where trust is built based on accessibility, transparency and authenticity. It’s about building relationships.

Think about this way. Social media (Facebook in particular) is a place where people hang out with their friends. If you’re the new kid on the block and you think the kids goofing off in that corner are the coolest, there are two ways you can try to get them to trust you and let you in:

Just take a look at the differences between GM and Ford’s Facebook pages. While GM features four slick, magazine-esque close-ups of its logo, Ford features twelve different ways that users can engage with their brand. That’s twelve different opportunities for users to connect with like-minded people, access the brand they follow and share quality content with friends (i.e. potential customers), and it’s all right there on Ford’s Facebook page.

But this again points to a lack of understanding about what social media is and how people engage with it. People go to Google already motivated to find a theory, explanation, product or service, while people go to Facebook to connect or catch up with friends. That means they spend far less time on Google than on Facebook (53.5 billion minutes vs. 12.5 billion minutes for Google in May 2011), so any measurement of CTR ignores the effect of simply having a banner in a user’s consciousness for hours at a time.

This means that CTR is far less important on Facebook as it is on Google. Facebook ads are not about providing a solution that’s urgent to the user right now. It’s about raising a brand’s presence in a user’s mind so that when they do need that solution, that brand will be the first to come to mind.

That’s why Facebook ads are just one part of a greater social media, content and engagement strategy

A surprising or compelling yet traditional Facebook ad might not be clicked on, but it will drive traffic to a brand’s Facebook page, and it can be used to promote engaging content a brand has produced on other channels. This could be a microsite that promotes a wedding roadtrip contest or a video contest to win a Ford Fiesta. Whatever the strategy, advertising is no longer just about driving users to the product. It’s about driving users to the content that will drive them to the product. It’s about fitting a brand into a larger relationship, trust-based, content-rich strategy.

GM should know this, given how important trust is to their big-ticket item industry, where people buy based on relationships rather than on impulse.

Related: Does Facebook Timeline Make Custom Tabs A Thing Of The Past?

So, what can the marketing would and the automotive industry learn from Ford & GM’s very different experiences with Facebook advertising?

And, most of all be human. That’s what social media is all about. 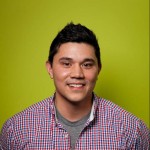