An End To Social Media Automation? Shortly after this I took the automatic feed from my Facebook page and started posting manually there as well, and it worked, I started to get more interaction on Facebook too.

But it’s not just on Facebook that automation matters. You will always get more interaction if you post on social media manually.

One of my new years resolutions was to cut back on automated posts, everywhere I use it I find I’m loosing benefit.

Here’s what I’ve cut so far

What I plan to change

I’m not finished yet, I still have at least one area to tackle.

If you admin a group on Linkedin it allows you to pull in your RSS feed, this way every time you blog it will update the group.  At first I thought this was brilliant but I have discovered that I get very little, if any feedback from the posts that autofeed in this way.  My final step in de-automating is to remove these feeds and post manually.

Are you a big fan of automation?  Have you found any tricks and tips that make it work for you?  Or are you like me steering away from using it? 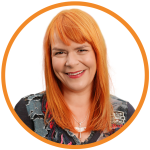