You don’t know, who I know

It always amazes me of just how narrow minded and short sighted some people are when networking. If you have attended a formal networking event before, you will know what I am talking about.  Many people talking in a room and mighty few people listening! Oh yes and then the glazed eyes of the other person when you tell them about your business. Wow, how rude some business people can be. That said they are the losers, I have often had a great lead or a valuable contact that I could have effortlessly shared, but due to the way I had been treated I have not. At the end of the day I am unlikely to recommend and/or help someone who fails to respect and listen to me.

I had a reminder of this in my own business in January. I received a phone call late on Friday afternoon from a gentleman looking for advice on changing careers.( He had been referred by a contact. ) I agreed to meet me on Monday for a coffee. On Monday I spend over 2 hours with this gentleman giving him advice and recommendations. I went through various Career Coaching options with him. Finally, we got up to leave and I asked him what services he thought would suit him best. I was taken a back with his reply – “Thanks for your time, I don’t think I will be needing your services.” I think I was too stunned to react badly and throw my toys out of my pram, but 15 minutes later I was livid and felt my time had been wasted.

Now, I have thought about what I did wrong – Maybe I gave too much valuable advice for free? Possibly, but I still refuse to work with any client that I have not met. (if not face to face at least on Skype). I also think working with a client is like entering into a partnership so you have to get on well together and your client has to believe that you are capable of helping them.

To cut a long story short, I got over my disappointment and continued with my busy day and within a week three new clients came on board. They all had one thing in common. Can you guess? I had been recommended to all three by the gentleman who I had thought had wasted my time.   Within a month a further two clients had come on board thanks to him. We are now in March and my 2 hour meeting with him has been the most profitable and beneficial so far.

So the next time you switch off or meet someone who is unlikely to generate you an obvious lead or sale….Say to yourself – “I don’t know, who they know!” 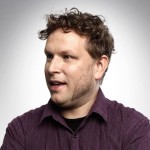