Job Hunting (Or Business). It sure is tough being the statue…

I work with many jobseekers who feel they have monopoly rights to the role of statue. One of many frustrations is being left hanging by recruiters/employers with no feedback after job applications or interviews. This problem goes beyond job hunting and most business professionals have tales of proposals or presentations being followed by deafening silence. It’s never nice to face this situation and people react to it in different ways. Most find it difficult to move on. Instead some develop an obsession and dedicate every waking hour to stalking in their quest for feedback. Others snap and seek revenge. The next paragraph outlines one such story.

From The New York Times Blog – A jobseeker was invited for job interview by a Manhattan magazine. He interviewed with the HR Manager and Managing Editor and following the interview was asked to complete a test and return immediately. Three months passed with numerous attempts to seek feedback but no word from the company. The jobseeker decided enough was enough and it was time to seek revenge. He emailed the Managing Editor to say he had accepted the job, was delighted to be joining the team and that he would report for duty early Monday morning. The three month cold shoulder was suddenly replaced by a bombardment of urgent emails and voicemails demanding he call HR immediately. After letting them stew he eventually called and came clean but not before giving a piece of his mind…

This story brought a smile to my face as I am sure it did to anyone who has experienced similar situations when job hunting or in business. Nice to read but I don’t promote revenge or stalking strategies to anyone. Below is some advice for when you are feeling like the statue.

Complaining about the pigeon won’t help – I try to let go of negativity as it has a direct impact on the achievement of my career/business goals. When I hold onto negativity I often find I have an urge to tell others and complain. Most people I come into contact with are turned off by blaming and complaining. If you ever find that someone wants to listen to your hard luck stories then you are hanging around with the wrong people. Job hunting or business success is determined by effective networking and engagement which means that negativity or complaining will hold you back.

Don’t waste time chasing pigeons – In the past I found myself fulfilling the role of stalker spending hours chasing clients for feedback. I now realise this was a waste of energy and only served to frustrate me further. After 40 Emails, 10 Voicemails, 2 LinkedIn InMails, 1 Postcard and 10 Texts you have to assume that the client got your message. Ask yourself if you could put this energy to a better use like the next point.

Moving targets are harder to hit – I always tell myself that there is something bigger and better around the next corner – that hopefully doesn’t fall from the sky above :-). It would be a great help to get feedback to help navigation towards success but don’t let lack of feedback hold me back. I turn my focus to generating new opportunities meaning there is no time to dwell on my hard luck stories. It is important to dust yourself down and move on.

Feel free to post your comments or any other strategies you feel might help!! Don’t forget Measurability Careers & Jobs Club on Linkedin – Free advice for jobseekers on how to avoid pigeons 🙂 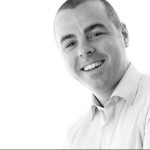 Acing a Job Interview: Ideas and Tips You Might Need Break Out to Stand Out: 4 Ways Startups Can Take on the Big Players