“Wringin your hands only prevents you from rolling up your sleeves”

For many a year (before I actually grew up) lots of things irked me – none more so than worriers – now we all worry over certain things but I am referring to those people that worry about everything. “Oh get over yourself, how are you ever going to get anything done if you persist in using all your energy worrying?” It frustrated me, it appeared to cause so much inertia and the worriers seemed to go through life moving from one worry to the next, never really pushing through to move forward.

What frustrated me most was the thought that these people were standing in their own way – imagine how different life would be if they could only stop worrying – stress levels would drop, self confidence levels would rise as they began to do and achieve. Instead of life being a chore it could become a space of endless opportunity.  So, me being me, I tried telling them this, assuming of course that they could just flick a switch and stop, I never considered the underlying reasons for the worry.

Then I went back to college to study Executive Coaching- this journey while sometimes painful was insightful and hugely rewarding.  It was here that I was introduced to the Fear Quadrant (thanks Michael Comyn and the penny dropped – “Why do people worry?” – because they are afraid – underlying the worry there is a fear of something – this can be anything – fear of failure, fear of success, fear of loss of control, fear of that which they can’t control.. the list is endless.

The concept that there is an underlying fear that may be unknown even to the “worrier” began to worm its way into my psyche, as did the notion that if that fear can be uncovered and broken down then progress can begin.

So to backtrack – the Fear Quadrant – what is it? It encompasses four types of fear

This type of fear is felt when facing an actual threat, for illustration purposes- you wake up while on safari and find a lion breathing down on you, what do you do? As a rule humans are well adapted to deal with this type of fear. There are three responses – fight, flight or freeze, these responses are innate and when faced with a real threat one of these kicks in.

This is fear that is learned – maybe from your parents/guardians or your past experiences. If you have had a bad experience with something the fear factor kicks in and you become more reluctant to try it again. Generations of women in the same family afraid of spiders

This is the fear of what might/could happen if action is taken or if one doesn’t have control over the outcome.

I have seen this type of fear cripple people – bright, capable people so worried/fearful about what might happen that they are rendered incapable of action.  When unmasked and worked on a lot of these fears are unfounded or can be managed.

As stated earlier if you are worrying you are not doing, the consequences of this are many – you limit your possibilities, may not live up to your potential,  not to mention the mental and physical manifestations of stress and anxiety due to the worry.

While I hold a strong belief that the individual has it within their power to effect change and break through the fear and push forward, I am not by any means suggesting that this is an simple process and that people should just up and quit worrying.  It takes time, self reflection and commitment to change but for me the starting point to moving forward is building awareness – not accepting that its ok to be constantly worried but to question the reasons for it, recognising the consequences of stress and inertia. It is only when the awareness is raised that meaningful progress can be made.

So next time you find yourself “wringin your hands” and not “rolling up your sleeves”, start building that awareness and ask yourself “What am I afraid of?” 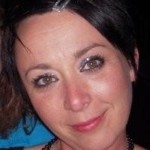 11 Ultimate Tips to Grow Your Coaching or Consulting Business 2021

12 Tips On Dealing With Your Competition And Your Stresses