Here’s Why Companies Are So Eager To Hire Millennials Millennials in the workforce are maligned as often as they are worshiped. They have been described not only as lazy and self-centered, but also as driven, creative professionals. Whichever perception is correct, there can be little doubt about the facts: companies are incredibly eager to hire millennials.

Millennials are Eager to Grow

While previous generations have valued careers that offer a stable platform upon which to start a family or social currency to move up in their communities, millennials are focused on self-improvement. Research suggests that 65 percent of millennials chose their current job because they felt it offered opportunities for personal development.

This desire for self-improvement should not be underestimated by employers. Harnessed properly, it can be used to turn millennials into highly skilled employees, capable of tackling situations that older employees in their same position would shy away from.

It’s no secret that the parents of millennials often see their children as de facto tech support helpers. Ask any millennial whether or not an older family member has plied them for help with technology and you’re sure to get plenty of stories about how “the Facebooks won’t turn on.”

Millennials’ roles as presumptive IT workers doesn’t come from nowhere, though. This is the generation that grew up alongside computers, troubleshooting in their teens when internet help manuals were still a gleam in some manager’s eye. They were being born while Apple was releasing its first desktop computers, camera phones became a reality as they hit puberty, and the modern era of touchscreens and instant communication came to life as they first entered the workforce.

For many employers, the fact that millennials need little to no training on the technologies that make up today’s offices is incentive enough to hire them. This incentive stretches beyond the stereotypical office. Take, for example, the healthcare industry. These days 96 percent of hospitals keep track of health records electronically, creating a critical need for tech savvy millennials to operate and maintain these technologies, possibly during the course of their usual hospital jobs.

Millennials have a great deal of informal education when it comes to technology, but they are also unmatched when it comes to formal education. At last count, over 63 percent of millennials have a bachelor’s degree or higher. This is a clear signal that the days when one could expect to get started in a high paying career with only a high school diploma and a few good connections are over. Millennials expect to earn their careers, rather than having good jobs handed to them.

For employers, a college degree means more than just four years of workforce training. The modern college graduate is equipped with critical thinking skills, writing and communication skills, and a sense of community engagement in their work.

Millennials are More Connected Than Ever

Twitter and Facebook are often thought to be a manager’s bane. Just like the teachers and professors who preceded them, millennials’ managers fret about how much work-time younger employees are spending chatting with friends on Facebook, tweeting about the latest hot hashtag, or posting pictures to Instagram.

Instead of thinking about social media as a distraction and a time sink, managers should embrace socially active employees. If millennials are engaged by their work, they’ll tweet about it, post pictures of company products, and chat about the company with friends. If there’s anything that marketers know about the internet, it’s that anything that can be shared, will be.

The social media megaphone enhances the qualities of a company. Good news spreads quickly across the Twitterverse, but bad press can travel twice as fast. Just look at the recent United Airlines fiasco, which went viral within hours.

Well-managed companies have nothing to fear, though. By keeping millennials engaged at work, you can turn them into free advertising as they network with friends and strangers about your company.

Millennials Want to be Engaged

The traditional career was this: you work from nine to five on Monday through Friday and when you’re done working, you don’t think about anything job related until you clock in the next day. Millennials aren’t buying this. Instead, they want to become passionate about their work and the products that they help to create.

Employers can get the most out of their younger employees through strategies like gamification. Gamification works by turning otherwise routine tasks into games. By connecting things like expense reports to game elements such as quests and defeating monsters for the sake of potential loot, managers can engage employees on even the most mundane tasks. Gamification really works, no matter the domain. It does so by exploiting the brain’s dopamine system. When mundane tasks, such as crafting items in a game or filling out paperwork in the office, are connected with rewards later on down the road, they trigger the release of dopamine, a chemical that helps us to feel motivated and excited about what we’re doing.

Millennials want to be engaged, and their tech backgrounds give managers the perfect tools to reach out with, making for a better workplace for everyone.

In the end, millennials are defying all of the stereotypes. Companies want to hire them because they break the mold in ways that are powerful, intelligent, and engaging. If managers work with them correctly, millennials have a good chance of completely reshaping the business world as we know it. 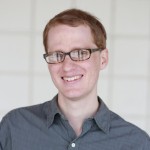 Talent and Loyalty: How to Hire the Right People