5 Ways To Improve Your Attitude And Commitment

Have you ever had a bad day and wondered how it started good and ended up bad? Sometimes it may be a phone call from an employee calling in sick – and the project she was supposed to finish that day is now your responsibility to complete.  Or maybe it’s a letter you get in the mail from a government agency that summarizes the results of that surprise audit last month and explains how you can simply pay the fine they just assessed for your apparent non-compliance.

When you realize you are having that bad day does your enthusiasm for continuing your work day wane a bit?  Do you question whether it is worth it to continue on? Do you realize that your attitude is affecting your commitment? Is it worth adjusting that attitude?

A client recently approached me to discuss his “attitude” about his business.  He was challenged to get focused at the start of the work day.  Each day it seems he would change his sales and production goals depending on the latest bit of news he would get about changes in the economy.  One day he was enthusiastic – economists were predicting stable steady consumer confidence, unemployment was steadily decreasing.  The next day he heard housing starts had decreased, home sales were decreasing, and mortgage rates were fluctuating significantly from one lender to the next.

He alternated from being up – and being down.  He had concerns that economic conditions were too volatile – there was little consistency and, well, things were just not working out well at work.  I asked if his employees also had that “attitude?”  He mentioned that his managers and employees did not focus on what needed to be done, and they seemed to be complaining about the uncertainties in the economy as well.  As a result, achieving his business’ goals and objectives suffered.

I asked if he had any doubts about his own abilities to perform consistently.  At first the answer was “No, I’m fine.”  After a few more questions and discussion he acknowledged he had some self-doubt.  He indicated that in the past few years as the economy had slowed down, he had become more uncertain in his direction; he questioned the significance of his role, and questioned his self-worth.   In short, his level of self-awareness had taken a big hit – and it was showing up in his attitude.

People may respond differently to stressful situations based on their behavioral style, it’s not conscious or intentional.  Top performers understand their behavioral style and understand how to respond effectively to stressful situations based on that style.  After completing a diagnostic profile we identified the areas where he needed to make some adjustments.  As we talked further he understood that style better.  We next developed an action plan to help him regain his edge.  He did not feel comfortable having a roller coaster attitude.

Is Your Attitude Contagious?

As we chatted he also realized his “attitude” was contagious.  His managers and employees were getting a similar “attitude.”  I asked him if his managers and employees looked up to him, did they consider him their leader and visionary.  He told me that his staff always asked him for his opinions and valued their discussions with him.  I asked him if he thought it was important to adjust his attitude so that he, and his employees, could regain their commitment to the growth of his company.  He thought about the question, paused, and then answered emphatically – “Yes.”

Next, we started to work on meaningful, measurable, goals and strategies that he could accomplish each week.  In order to rebuild his confidence he needed to see his successes in small, measurable steps.

At this point we spoke with his managers and employees to gather their input on each of these goals and strategies.  We explained that we valued their input and wanted to make sure we set goals that were achievable by them and the company.   Not surprisingly, they were quite enthusiastic in their efforts to help.

We now work weekly to reinforce his certainty.  His “attitude” has not yet disappeared fully.  He has some work to do on that.  As each week progresses and he is held accountable to the goals he established, he is having fewer and fewer bad days.

He understands that he needs to be comfortable in his role as the owner, that by doing so he is not only increasing his self-confidence – he is also helping to improve the attitude and commitment of his managers and employees.

He realizes that his attitude had affected his commitment to achieve his business’ focus, objectives, and growth.  He also realized how his attitude has affected those with whom he works.

Now that he understands how he can improve his own and his employees’ performance he has asked for some formal management and leadership training to accompany the business planning and management coaching he has received.

So, if someone says that others are not noticing your “attitude,” stop and observe for a moment.  Chances are everyone has noticed – and has responded in kind in a way that is familiar to them. Do you need to look at your behavioral style and work on an attitude adjustment?

Image: “A thermometer measuring the levels of your attitude/Shutterstock“ 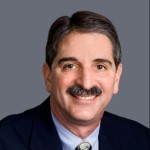 What to Grasp Before You Commence Your Own Creative Agency Australia’s Ageing Population: What Are the Small Business Opportunities?