Is This Why You Keep Procrastinating? There are plenty of ways to

Are You Guilty of These Most Common Reasons for Procrastination?

Procrastination isn’t uncommon but it is avoidable. The first step in overcoming your tendency to put off work is to identify why you’re dragging your feet to get started.

The bulk of the time, procrastination isn’t caused by a physical roadblock. It’s caused by a mental block that you put up on your own to avoid certain tasks. You’re not alone in doing so either. Here are five of the most common reasons people avoid work.

Which one of these statements sounds most like you? Or, perhaps you can relate to several of these statements, changing up your reason for procrastination depending on the task at hand. Regardless of why you’re procrastinating, the important thing is to identify what’s standing in your way mentally of getting the job done. Then, you can take the next steps to start overcoming your roadblocks and start getting productive.

Once you’ve determined that you’re ready to push excuses to the side, here are a few ways you can continue to commit to your plan and stay on task.

It’s inevitable. You’ve pushed the mental dust (read: excuses) to the side and sit down at your desk ready to dive in deep to your work. Then, about five minutes after you start, the phone rings. It’s someone who wants to talk to you about an idea she had. So, you stop work and listen.

Then, as you dig back into what you’re doing, there’s a knock on your office door. Someone brought cupcakes to the office because it’s her birthday. Do you want to grab a quick bite?

Distractions are everywhere in office settings. Even when you work from home, you’re still tempted by distractions from children, chores, or a pesky door-to-door salesman.

Although most distractions come from other people, the burden is on you to publicize your schedule. Make it clear that you cannot be bothered during certain hours. Sometimes, this can be as simple as hanging a sign on your door that says, “Do Not Disturb,” but that will only prevent a few people from popping their head in your office. Take your publication of distraction-free time a step further and block off a chunk of each day on your company’s online calendar that says when you’re going into solitude to be productive. Choose the time that’s best for your zone of productivity and block off at least three hours.

This accomplishes a few things.

You have your work schedule in place. Now what? How will you be sure you’re using this time to your full advantage? After all, working for the sake of working is rarely productive. Work that pushes you closer to your end goal is far more advantageous.

By clarifying your direction, you’ll have an end goal in sight, which makes it easier to tackle the mundane, yet necessary, tasks that you must achieve in order to reach your end goals. Some people take this a step further by hanging vision boards and using those as motivators to continue working hard toward their end goals. Others set numbers on their goals and monitor their progress as they go. No matter how you track your way to success, the point is that you know what success will look like when you get there.

Understand the Purpose Behind Your Work

Rarely is a task on your to-do list because it looks good there. Everything you do, every project you take on, and every goal you set for yourself is designed to move you and your business forward.

Take the time to understand the purpose behind each task on your to-do list. For example, updating your books might feel mundane, but when you think of it in terms of helping you and your team stay under budget, it feels more important and is therefore easier to begin.

Keep the big picture in mind. Even though digging into the nitty gritty isn’t always fun (and is often times the reason we drag our feet), it is important toward reaching your end goals.

In The End, You’re Accountable to Yourself

Procrastination is such a tough beast to tackle because in the end, you’re only accountable to yourself. By understanding what it is that’s standing in your way mentally, then blocking out time where you can actively engage your brain and start eliminating excuses, so you can produce, you set yourself up for success. Clarify your reasons for working and then get moving. You can do this! 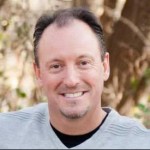