The equation that better employee wellness results in higher productivity is a simple enough one for businesses to grasp. Not only are healthier employees less likely to call in sick, but they’re also more likely to perform to a high standard when present.

And a healthy and productive workforce is beneficial to just about every aspect of business; be it brand image, output, and bottom line.

Conversely, an unhealthy one can have a detrimental effect on all of the above. Employee sickness, whether through absenteeism or ‘presenteeism’ (whereby someone feeling less than their best comes into work but can’t perform to their fullest), has previously been estimated to cost the US economy around $227m per year.

So the notion that it’s in the best interests of business to keep employees healthy is an obvious one.

Of course there’s only so much we can do to avoid illness, but there are measures employers can implement to reduce the likelihood that their team members will need to call in sick, and in turn improve overall productivity.

Introducing team activities in the workplace which involve physical exertion is a great way to build team rapport, but it also provides health benefits too; particularly in those office environments where employees may be seated for extended periods.

Experts recommend that individuals undertake around 150 minutes of moderate physical activity each week, to keep the heart and cardiovascular system functioning well. Setting aside half an hour to an hour a week on company time for your employees to exercise can be a valuable contribution towards this total.

This doesn’t need to be an intense or competitive sporting session, and it doesn’t even need to be mandatory. For example, organising a team walk or bike ride to take place for an hour before the end of a working day will provide your team with a physical workout, and in most cases, employees won’t need too much encouragement to participate.

One of the aspects of a regular working day which most of us dread is the commute. It can be a stressful experience but, for those using public transport, in winter months when flu-rates are high, packed train and bus carriages can be a hotbed for viral infections. And the more time we spend trying to navigate the rat-race, the more run-down and susceptible to illness we’re going to be.

Studies have also linked longer commutes with a poorer diet choices; those who spend more time travelling to and from work are thought to be more likely to opt for fast food and snacks either ‘during or because’ of their commute.

One way to help employees circumvent the tribulations of rush hour travel is to permit a degree of flexibility when it comes to working hours. Commutes can often be much less punishing when undertaken an hour later or an hour earlier; and this reduction in hours lost to travel will facilitate higher productivity and lower overall stress levels.

It’s vital to reward good work, and there are a number of ways employers can do this. However, it is possible to create division among workers with some incentive schemes; particularly those public competitions which pit employees against each other.

Those who consistently lose out may be more likely to become demotivated or marginalised from the rest of the team; and in turn more likely to take time off due to stress, or perhaps even overwork trying to better their own prospects.

There’s nothing wrong with recognising employees on their individual achievements and rewarding them accordingly, but it’s almost always better to do this on a one-to-one basis. Personal goals and rewards should be kept between employer and employee.

Instead, creating a public incentive which rewards employees who achieve team goals (as opposed to individual goals) engages everybody involved, increases morale and encourages cohesion. If the whole team hits a certain target, then the whole team can share the reward.

The majority of us will have been in the following situation or one very similar: where we feel ourselves becoming ill, but press on at work in order to complete an urgent project with the intention of dealing with the inevitable health fallout when the essential work is done.

It’s an approach which may get necessary work out of the way in the short term, but it’s not one which makes sense from an employee health or business perspective in the longer term.

Oliver Kharraz, CEO of health app Zocdoc, recently championed the case for paid ‘unsick’ days; where employees are encouraged to take time off to get a health check, with the intention of preventing illness before it happens (as opposed to reacting to illness when it does).

The concept, although it incurs a small short term loss in employee contact hours for businesses, reduces the likelihood that someone will need to take extended time off for a preventable health issue. In essence, taking a small hit in productivity in the present reduces the likelihood of taking a larger hit further down the line.

A major cause of stress and demotivation among employees is the feeling of being taken for granted. When hard work goes overlooked and instead becomes an expectation, it’s easy for people to feel they have a high standard to live up to, and one which is near impossible to improve upon.

So setting reachable goals for employees is crucial is ensuring they remain motivated. And to do this, it’s essential to make and stick to hard deadlines on 1:1 sessions.

Employee appraisals can mount up during busy periods, and the process is often which becomes subject to delay. But letting your workforce know their worth should be considered a definite priority, as it helps to lessen an employee’s anxiety regarding their performance, and lets them know they’re part of a process which has their interests in mind.

Image: Employee Wellness program written on a notepad with marker. 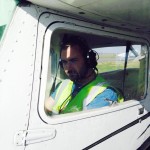 Benefits of Analytics in Corporate Wellness Why Your Campaign Should Start With Nurturing Employees