As Millenials position themselves to dominate the workforce, new trends in the workplace need to be conformed to, as the tide of change is an unstoppable force. According to Brigitte Preston, co-owner of the interior design team lauckgroup, this generation of employees wants a career that offers a sense of purpose and contributes to the greater good.

Plus, the century now calls for a diversified workforce, hoping that this would promote equality for quality. How important is this to companies and businessmen? If it’s such a great need to adapt to the times, what then does a 21st century workplace look like? In addition, what should we expect from these changing trends?

As technology brings people from different parts of the world closer, the workplace is now faced with a challenge. And that is encouraging individual differences while promoting collaboration and productivity. Companies – big and small – are working to achieve a certain culture that upholds equality and well-being.

This workplace trend urges companies to gear up to get the best workers possible, establishing a brand that’s appealing to a great number of people who could possibly contribute to the success. The monopoly of race and gender in the workplace are frowned upon. Hence, a commitment to narrowing the gap between men and women and the promotion of race/nationality-inclusive workplaces is perceived to be ideal.

Globalization is about individual empowerment, and that’s what this generation is struggling to achieve. Getting as many insights from a diverse group of people can really take companies a long way.

To address the problems with attracting and retaining talents, companies continually focus on giving competitive and generous incentives and benefits. According to a 2017 Harvard Business study, 80% of employees choose additional benefits over a pay raise. Business giants like Google and Twitter provide perks to provide the best workplace environment possible to retain their valuable workforce. Surely, this proves to be a growing trend in the labor industry as competition between businesses intensifies.

However, for companies who can’t afford such perks, they can give alternatives such as flexible hours, more paid vacation time, extended paid parental leave, and work-from-home options. Health insurance is still on the top of the list, catering to the employees’ wellness, dental and vision. Educational loans also landed a spot in the top 10. Not so surprisingly, free snacks, lunches and coffee are also deemed important for some.

Since bonuses are now preferred to an increase in salary by most of their 2,000 respondents, this only shows that giving importance to health, family and self is the new raise.

Technology doesn’t only focus on the convenience of the consumers, but also on decreasing carbon footprint for world preservation. Gensler Designs claim that sustainable workplace environments are no longer an option, but rather, a mandate. This is in relation to the call to preserve Mother Nature through energy-saving, providing a healthy workplace and contributing to a healthy planet.

Natural light is now deemed to be the ideal workplace lighting. More than its cost-efficient feature, it also boosts the workers’ mental and physical well-being. However, we can’t discount the existence of windowless offices all over the world. As certain renovations could cost a lot for small businesses, low-cost alternatives such as LEDs, mirrors, interior transom windows and large wall arts are being utilized to provide at least the same effects of windows, mainly on breaking the feeling of enclosure.

Since a great number of people spend most of their time working indoors, it’s important that natural elements outside are brought inside. Greenery proves to be a productivity booster, so a lot of companies are now bringing plants inside their workplace, strategically placing them in corners and walls. Millennials have a strong sense of civic responsibility and being in a company that shares their passion is a big thing for them.

In a study by Gensler, these are designs that aim to attract and retain people. This transformation of the workplace also emphasizes the company’s brand by communicating their mission and values and by putting up an interactive, collaborative, and open interior and set-up.

This generation will witness a more relentless competition among companies, so employers challenge their employees to give their optimal performance by giving them their much-needed comfort, flexibility and privacy yet remaining collaborative with colleagues. This is the trend that primarily appeals to the millennials, so with their being the new brand of workforce, it’s high time to consider revamping the interiors.

Technology has dramatically lessened human-related errors and gives more time for employees to work on other tasks. Softwares and applications are continually being developed to address the current needs in various settings. Thus, we’ll be seeing more of technology integrated into the workplace to increase workers’ productivity. For some, companies adapting to automation brings a grim future as many might be left unemployed in the process. The Artificial Intelligence and the replacement of humans with robots remain to be the hottest debate in the world of labor. However, I believe technology still has a long way to go – or does it?

Second to the increasing number of diversified workplaces is the number of temporary workers hired for only a period of time. However, this has garnered more controversy than praise despite giving more jobs to people all over the world. This is because of the on-call and no-work-no-pay arrangement and the lack of or little security and benefits.

Although this is being worked out by lawmakers in collaboration with concerned companies, the workers continue to fight for their rights and protection. This, we could say, is a change not everyone is happy about because of the uncertainty the gig economy (also known as shared economy) pose for the workers’ future. But others would attest that this type of employment gives employees more control of their schedules, giving them more time for themselves and their loved ones.

With companies starting to adapt the people-centric aspects, we’re seeing the dawn of the breed of employment. In order to keep businesses afloat, adaptability is the quality we should secure. That’s why companies invest on giving as much comfort they can give to their employees. As changes start to take place, we’re about to see the transformation of the world, following the transformation of the perspectives and beliefs of people. 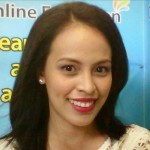