When User Testing Gets Down Right Dangerous When Uber announced it was introducing autonomous cars in February, I got excited. I had heard about the technology but assumed it was years away from development. Let alone ready to pick up passengers.  When did they test them?  Have they?

I admit, I was a bit smug realizing I heard the news before my husband. After doing a little victory dance in the room, I sat down at the computer and began my research. I watched tons of videos and read countless articles. I reveled in the designs of just about every prototype and dreamed of the possibilities.

Then like a brutal sandstorm that comes out of nowhere, it hit me.

Do autonomous cars drive in the snow?

According to a recent article in TechRadar, Ford is working on teaching its vehicles to do just that.

Now, I am no engineer, but I am a Canadian who lives in the Laurentians Mountains. If there is anything that I have expertise on, it is harsh winters and of course, skepticism. I am simply a skeptic by nature.

To establish itself as the leaders in the industry, Michigan became the first state to allow self-driving automobiles. Other states have followed suit by allowing autonomous vehicles, but only with a human driver along for the ride.

When you think about it, this is a logical decision for Michigan. It is a state-financed almost exclusively by the automotive industry. Not to mention, it is a winter state.

Sounds promising, but, in a recent article in phys.org it seems clear that there are things to iron out.

According to Kirk Steudle, Director of Michigan’s DOT:

“Automakers have a long history of testing cars on public roads in Michigan. This happens with few, if any, incidents. The cars must follow federal safety standards. They must also be certified as roadworthy by the National Highway Traffic Safety Administration if proposed federal guidelines are adopted. I don’t want to regulate the vehicles. There is nobody in state government that has any knowledge to be able to say that a vehicle is ready to go on the road. If the vehicle’s crash, they would fall under Michigan’s no-fault insurance laws. The law requires each driver’s insurance to pay for damage. The companies are liable under product liability laws. The self-driving law allows only reputable companies such as automakers to do the testing. These are responsible parties.”

There seems to be some uncertainty in his decision. Is it a bold or risky move in letting the tests begin?  It is a dangerous way to partake in user testing don’t you agree? Only time will tell. Hey, it was an election year.

I could use a car that would stop me from ending up in a farmer’s field off the highway twice a year (in a snowstorm). But, I just can’t help thinking we need to look at this technology a bit closer before pressing on the gas and letting people test them with their lives.

A bus, car and snow plow pile up cannot always be avoided, regardless of the sensors. We do not have to look any farther than the recent snow pile disaster in Montreal seen in the following video. No one thought this could happen, but it did.

Imagine if this same scenario were to happen to a bunch of unmanned vehicles. What if the sensors were to go out of control after being in a crash.  What then?  The answer from car makers would be, “The sensors shut down upon collision.” The truth is we do not know.  We are years from that according to Michigan’s own director of the DOT.  Then why are unmanned vehicles on the road?

Not every vehicle can or should be autonomous. Trucks will need people to unload and or verify containers. Police and other emergency personnel will likely need to drive because they will have to disregard the sensors. This will add the element of potential human error.

A robotic car may be covered with sensors that help them to avoid collisions, but you cannot predict what another car or obstacle will do.

A sensor is not going to stop impact, only prevent it.  Are we simply putting our blind fate into the corporations who say they are doing usability testing?

People do stupid things. What is stopping a pedestrian (s) from walking into the path of the sensors to create havoc? There isn’t. Will this be the new way to create chaos in the streets? A new dangerous teen trend. While it might save the lives of a distracted cyclist, there are too many what ifs.

Hackers challenge themselves to break codes and use them to gain control or create panic. I cannot even fathom what would happen if hackers were able to gain control of our vehicles. As we have recently learned with the 2016 Presidential Election and Yahoo mishaps, nothing is completely secure.

Remember, at the core of the technology are satellite navigations systems. While they have proven to be reliable since Sputnik 1 launched in 1957, we cannot say for a 100% certainty that something won’t go wrong up in space.

In the end, every new technology comes with some element of risk. We cannot predict the future. So, we have to rely on product user testing and the integrity of the data. So far the numbers have been favorable. They usually are when something new comes to market. We need to remain vigilant.

We see good testing numbers in everything from phones, gadgets, and mobile applications.  At first, they seem like a great idea, then people begin to notice troubling things. Things that were not considered in the early testing phases.

In this case, we are not talking about small things. We are talking about large machines that can kill people.  We cannot cut corners just to introduce a technology because we think it is cool.

Don’t fool yourself. Money has already been set aside in case the worse happens. It is a numbers game. What is more profitable, selling cars or the risks involved in testing? We already know the answer to that. Technology will advance us, being afraid of the uncertainty will not.

While there are still many things to consider, it is exciting to imagine the world where cars can drive themselves.

Despite the risks involved, I am excited about the possibility of being able to put my makeup on, fix my hair, browse the Internet, chat on Arousr or Snapchat and play PokeMon while driving to work. 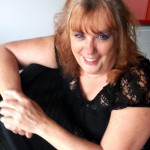