The Brits vs the Americans – spot the differences

Working cross-culturally definitely has its rewards, but it’s important to make efforts to understand the differences between your own habits and the expectations of those where you are doing business.

I’ve worked and lived in both the UK and the US. There are more similarities than differences between Brits and Americans, but understanding the nuances helps.  It’s also interesting hearing how foreigners perceive themselves abroad.  An ex American colleague of mine with whom I worked in a large UK financial services institution (US shareholder) recently shared some opinions with me as an Amercian abroad (in England).  Below are some of his thoughts.
“Brits are generally more polite, like to avoid confrontation, and are more formal in discussions.  Americans need to understand this and be careful about being too direct, too casual, or too pushy.  Everyone wants to get the deal done, and lots of deals are consummated, but it’s important to be aware of each other’s cultural mannerisms and preferences.

Being on time is more of an American preoccupation; people in the UK understand that others get delayed.  Brits enjoy a cup of coffee, a beer or glass of wine when meeting, while Americans tend to stick to tighter time frames in offices with bad coffee served in plastic cups. Anyone watching Mad Men, the HBO series on an ad agency in ‘50s America would be well deceived in thinking Americans drink and smoke in the office. Those days are long gone and in fact, some companies outlaw alcohol on company premises.

Brits are more formal in many ways; in dress, in negotiations, in evaluating a proposition.

Americans are more apt to dress in business casual and to “shoot from the hip” in presenting their opinions and decisions.

There is equal entrepreneurship, but it seems like Americans are more likely to just start doing and Brits are more likely to analyze and plan.  Neither is better; sometimes those who act first stumble more quickly, whereas a well thought out business plan has less chance to fail.

Brits are very articulate; they know how to put sentences and thoughts together.  It appears to me that the British educational system puts emphasis on the spoken and written word, and on how to communicate clearly.  Americans, on the other hand, are on occasion not as likely to present their ideas cogently.

If I could do anything over again from my years of working in the UK, I would spend more time getting to know colleagues and business associates socially.  There are tremendous opportunities for Americans to slow down and better understand the people with whom they are doing business.  And I’d learn the art of taking a proper holiday!  In America a typical vacation is five business days (spent with the Blackberry on the beach), whereas my British friends travel for several weeks and come back much more relaxed”.

Of course, any of us who’ve either worked abroad or work with American and English colleagues will have our own views, shaped by the people we’ve met and successes we’ve had.  It would be great to hear your stories and opinions here – your top tips for cultural dos and don’ts of doing business in the UK and the US.  Feel free to share here. 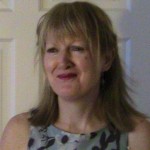 5 Tactics to Mitigate Risks to Your Overseas Ambitions The Benefits Of Language Localization For International Business