Contemporary business-speak has drawn many ideas from the lexicon and argot of military strategy. Alongside Machiavelli’s Prince,  Business Strategy Lessons from The Art of War by Sun Tzu[/caption]

Master Business Strategy with 13 Tactics from The Art of War

# 1. The Laying of Plans, Calculations, and Estimations

The Book states: before any steps are taken, research and planning are the keys to any venture. My Interpretation? Any blueprint or business plan has to be compiled with reference to 5 basic points:

This strategy handbook proceeds to lay out 7 methods for forecasting based on your capabilities of these factors. In short, it calls for a SWOT Analysis.

Here, it also calls for leaders to adhere to classic principles in Project Management.  It advises you to have awareness of your capabilities and surroundings, adjust your plans to suit your resources and track or monitor your operations against possible deviation from the original plan.  Get back on track as quickly as possible, he says.

Once plans are in operation we have to outwit our competition by not betraying our course and be subtle in our direction. One of the most succinct quotes from this treatise says:

“All warfare is based on deception.”

The next segment focuses on the importance of decisive behavior, correct timing and economy in your actions. Before embarking in any ventures, we can minimize challenges, conflict and ensuing costs by:

My favorite takeaway here is something all marketers can relate to:

“let your main object be victory, not lengthy drawn-out campaigns. “

# 3. Attack by Stratagem or Planning Offensives

Here Sun Tzu echoes that old adage, its Not Size but Unity that determines the strength and organizational effectiveness. He makes that now-famous quote:

“the skillful leader subdues the enemy’s troops without any fighting”

In other words, avoid competing for head on and avoid using up resources directly against competitors. Aim instead for excellence so that no other organization would even dare compete. In short, create a  natural Monopoly.

A Chinese bamboo book – copy of “The Art of War ” (on the cover, “孫子兵法”) by Sun Tzu. Taken from Wikipedia

Sun Tzu also points out ways you can really screw things up as a leader:

“If you know neither the enemy nor yourself, you will succumb in every battle”

This phase of his treatise emphasizes defensive behavior;  securing and consolidating the resources you have and using them effectively as a solid base for exploiting new opportunities when they occur. I see this as a reminder to business to get your housekeeping in order, be efficient and lean cost-wise. Have insurance or fail-safes before embarking on anything new or risky.

This  line says it all:

This Chapter is about capturing momentum and synergy.

“The quality of decision is like the well-timed swoop of a falcon which enables it to strike and destroy its victim.”

Sun Tzu outlines Direct and Indirect / Subtle methods of accomplishing your mission or let us call them obvious versus not-so-obvious downright sneaky methods.  He encourages us to use these 2 approaches creatively and in tandem.

Tips on how to “win” the battle include

Here Sun Tzu helps us spot the best opportunities for attack, how to spot weaknesses in your opponent and position yourself in the most advantageous way. In business terms, I interpret his advice as follows:

“Do not repeat the tactics which have gained you one victory, but let your methods be regulated by the infinite variety of circumstances.”

# 7. Maneuvering and Dealing with Direct Conflict

There will be times when we will still have to meet difficult challenges head on and may not circumvent them. Sun Tzu advises us to maintain the following if we are to emerge unscathed and maximize our tactical advantage.

“The difficulty of tactical maneuvering consists in turning devious into the direct, and misfortune into gain”

# 8. Variation in Tactics aka The Innumerable Changes

I believe this section talks about the art of Judgement. Good tactics also mean knowing What NOT to do. It is not enough to know your business and environment well, you also need Versatility of Mind.

“in the midst of difficulties we are always ready to seize an advantage, we may extricate ourselves from misfortune”

This segment focuses on observing the right signs in your “enemy”.  I interpret this as the ability to read your environment correctly and forecast effectively based on the current behavior of your competitors, economy,  potential customers and even stakeholders. He goes on to detail clever practical tips for reading your enemy’s behavior on the battlefield.

A great leader has the ability to read the signs around him, track history and therefore be alert to deception or sudden changes by correctly extrapolating future behavior.

He gives an Acute reading of human behavior here:

“When envoys are sent with compliments in their mouths, it is a sign that the enemy wishes for a truce.”

In anything we do – we will encounter points of resistance.  How we position ourselves may result in assorted advantages and disadvantages. In the original text, he inventories the types of geographical terrain an ancient army may encounter and prescribes the best positions to take.

6 signs you are failing as a leader

“The power of estimating the adversary, of controlling the forces of victory, and of shrewdly calculating difficulties, dangers, and distances, constitutes the test of a great general.”

According to Sun Tzu, there are 9 common stages in any campaign. He prescribes reactions to each one in terms of old world battle scenarios.  Some prescriptions are obvious..

1) On Home ground; don’t waste too many resources campaigning here.

2) On Entering New territory; keep pushing aggressively early in the campaign as long as nothing gets in the way, and as long as you have a clear easy exit strategy. You aren’t too heavily invested at this stage and can turn back if needs be.

3) Contentious ground or Strategically Essential Territory; Do not be the first to move without smoking out your competitors’ intentions first and understanding their strategy too. Hide your true interests and distract the competition where possible from discovering them.

4) Open ground or easily Accessible territory – don’t get in the way of other competitors assuming their activity is of no strategic relevance to your mission.

5) The ground of Intersecting Highways, where there is activity from more than one interested party or contender – form alliances with others.

6) Serious ground; where much effort was required to secure this territory and you are in a precarious position. It may be hard to exit and hard to move forward – A “ Winning Hearts and Minds ” policy is required here.  Do not antagonize any stakeholders and do your best to sustain all of your business relationships at their optimum levels.

7) Difficult ground or difficult conditions in which to operate – keep going and don’t stop until you are in a safer position. In Business terms I interpret this as consolidating resources, being cost conscious and keeping your productivity high, maintaining and pushing for higher targets.

8) Hemmed-in ground; where it is difficult to extricate oneself from this situation – Resort to Deception, Intrigue and Stratagem.

9) Desperate ground; where there is no exit possible – once there you have to stick it out and give it everything you’ve got, its all about survival.

Sun Tzu compares a Skillful tactician to a species of mountain Snake due to his ability to react quickly  :

This next segment does seem a little esoteric especially if trying to apply to contemporary business models – Sun Tzu talks about 5 ways to attack by fire. Nevertheless, I  see it as a reminder on the strategic ways you can mount an offensive campaign to any competitor (from the inside).

Most importantly – Follow up the internal attack with your own offensive on the outside and be resourced, the time it right and don’t get caught up in the fire.

“Unhappy is the fate of one who tries to win his battles and succeed in his attacks without cultivating the spirit of enterprise; for the result is waste of time and general stagnation.”

Sun Tzu warns us against wasteful campaigns that expend a lot of resources or hours of labour when a simple use of intelligence or Foreknowledge would be more efficient.

According to the text it can only be obtained through scoutmasters, reconnaissance or 5 kinds of spies:

“Spies are a most important element in water because on them depends an army’s ability to move.”

The Art of War On Video

For a more entertaining (if not slightly hokey) background to the book,  I found this Documentary for those military enthusiasts amongst you: The Art of War documentary from the History Channel:

Lovers of chess and the Japanese game “Go” will find his book an affirmation and a helpful guide too.

Other interpretations of the Art of War

Throughout my interpretation of The Art of War, runs is a misleadingly simple idea that touches on a fundamental thread in Far Eastern thinking – that paradoxical notion of Doing by Not Doing and Illusion. You will find similar ideas in Taoism, Kung Fu, Fengshui, Zen Thinking and many other Asian practices I will be exploring in the future. Conversely, Conflict and disruption are anathemas to Far Eastern sensibilities and their philosophy considers chaos and disruption a sign of failure, not a route to success.

In other words, if we can position our businesses into a Harmonious operation with the world around us – beyond the reach of any threat by being superior & indispensable, practicing excellence and manipulating our environment to remove all obstacles, success is within our reach. The building blocks you might say of most strategies cited in any Marketing 101 textbook.

Nevertheless, I suspect,  as time goes by I shall unearth deeper or different interpretations from this book as I understand more of the world.

Have you read the book and have a different interpretation? I would love to hear your biggest Business Strategy takeaways from this enduring classic.

All quotes used in this post are referenced from the following site www.suntzusaid.com a site created by John Watson. General information on the Structure of the Art of War was taken from Wikipedia using translations of chapter headings by Lionel Giles (1910), R.L. Wing (1988) and Ralph D. Sawyer (1996) 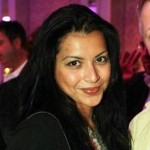