Perspective of eBusiness in Fashion The world has been made a smaller place by the internet. It is now possible for us to communicate over long distances and the process has become much cheaper as well. It is a lot more convenient and takes a lot less time too. The big business houses, too, find it easy to cater to an audience around the world without making any major investment as such and this can be attributed to the internet as well.

Nowadays, all a fashion house needs to do is start a website and run it in order to promote and sell its ware. As a fashion brand, your official website is your identity for people around the world.

With the help of a website, a fashion house is able to create more awareness for its products as well as various other aspects of its business and overall existence among existing and potential buyers. It benefits the buyers as well since they can easily visit the website and buy the products that they like. These days, an increasing number of fashion business houses are also using social networking sites and ecommerce websites in order to display products to interested buyers.

Using avenues such as ecommerce sites and social networking websites has helped these business houses get access to a greater number of people and thus expand their client base by a significant extent. This way, by leveraging online media fashion houses are taking their products all around the world and at the same time they do not need to invest that much money as well. These organizations are not being limited to using the internet just for selling or marketing a product. They are also using these in order to manage their various work processes. They are using software applications that can even be managed by people from remote locations.

How are these applications helping them?

These applications have made it really easy for the organizations to carry out their overall work. In fact, Australia is one country where companies are saying that their business has grown significantly because of using such technology. As a result, online shopping has also increased commendably in that country ever since the last five years or so. It is expected that in the days going forward categories such as clothing, jewelry, and footwear are going to be the ones that command most of the attention of online shoppers.

What do stats say?

It is expected that from 2017 onwards the number of online shoppers would increase at an exponential rate and most of them would be gunning for jewelry and apparel. The biggest benefit of ecommerce is that now all organizations – irrespective of their size and success – operate on a level playing field. Here everyone has the same chance of making it big. It does not matter if you are a small-time entrepreneur. You have the same chance of succeeding as a major fashion retailer provided what you are offering is good.

This is a reason why we see so many smaller names becoming names to be reckoned with by using the e-tailing facilities available to them. They are making a lot of money as well, which is heartening to see. This is evident in the number of clothes being bought online – the number is only doubling with every passing year. A latest study has shown that around 61 per cent of the smaller establishments in the United States of America (USA) have their own websites and almost 35 per cent of such companies sell their products through it as well. It is expected that the number would only increase in the days to come.

It has normally been seen clothing retailers and manufacturers are the ones that have benefited the most out of such technological developments. They are reaping significant profits by way of selling their products through their websites. It also helps that they are employing some rather simple techniques of marketing as well.

The success of the online platforms can be understood from the fact that the major names in the domain of fashion, who have already established themselves as premier players, also feel the need to have an online presence – and a significant one at that. They too have now come up with official websites that are aiding them in promoting their products to people all over the world. Nike, which happens to be a leading maker and seller of fashion products, has witnessed significant growth in its sales thanks to its official website. The same can also be said of other top brands such as Debenhams, a web based fashion retailer, and John Lewis to name a few. The Internet really makes it easy to market your products. The brands too are picking up their game with innovative strategies and the results as such have been really overwhelming for them.

How is it benefiting the buyers?

The biggest benefit of these e-stores for buyers is that they are able to see the whole range of products being offered by the top brands at their own convenience. They can take their own sweet time and buy exactly what they like. There is no one to force any decision on them. They can do it at their home or their office or just about any place that they choose to. The e-commerce websites also use various technologies in order to help people shop on their platforms.

As an example, it can be said that they make it safe and easy for you to pay on their site after buying a product. They use the best payment gateways for such purposes. Apart from that, the ecommerce websites of today have virtual trial rooms where you can check the product out and see if it suits you or not. The service providers have decided to include such IoT technology in order to make sure that no products come back to them owing to any issue as such. 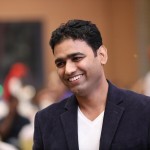