On Choosing a Competitive Benefits Package for Your SMB: The Fun Is About to Begin If there is one steadfast rule of thumb in business it would probably be that you are only going to be as successful as the team that forms the foundation of all you do and are. However, in order to build a rock-solid team, you need to offer a competitive benefits package that will entice talented people to join you, and that may not be as easy as it sounds. Here are some thoughts on choosing a competitive benefits package and why it’s safe to say, the fun is just about to begin.

Building a Package from the Foundation Up

The first thing any successful business owner knows is that the foundation of any great benefits package is insurance. From health insurance to life insurance to final expense insurance and everything in between, this offers the security top talent are looking for when searching for a job with a future. A well-rounded benefits package would also offer retirement plans, perhaps stock incentives and other perks, but the foundation will be the type and amount of coverage you can provide as part of the deal – a very large part, at that!

Walking on a Slippery Slope

So then, let’s start with health insurance which has been a very big topic of conversation everywhere in the US for these past 8 years. Just when you thought you had it down and understood how to meet with regulatory compliance of the Affordable Care Act while providing a strong package that is more attractive than the competition can offer, the rules begin to melt. You’re walking on a slippery slope at the moment because they are about to change again! Here is where you might want to consult with a team of experienced benefit advisors because transitions are always rocky, and this one promises to be a very rough ride.

At the heart of the issue is the Affordable Care Act, which we’ve come to call Obamacare. For the past 8 years, many businesses around the country were in a state of panic. It became mandatory to offer some form of health insurance but when that insurance was a key feature of a benefits package, how was it possible to offer something a cut above what the competition could offer?

The ACA detailed strict regulatory compliance parameters that businesses needed to operate within, most often based on the size of the company. And, here’s where it began getting a bit sticky and much slipperier.

Size Really IS Everything

Generally speaking, a small business employs anywhere between 1 and 25 people whereas an SMB could employ up to 100 workers. And of course a large business or corporation would employ a number greater than that, sometimes as many as tens of thousands of people on the books.

Unfortunately, that is just a ‘general’ rule of thumb as the government has also determined that the type of industry could also be a determining factor in what is considered large or small. For example, according to the Small Business Association, size is determined by category in that some small businesses employ up to 1,500 people while others have the cut-off set at 1,000. Are you confused yet? There’s more to come!

The Times They Are a Changin’

Perhaps the best way to explain what comes next is that old Bob Dylan song from back in 1964. When he crooned The Times They Are a Changin,’ who would have predicted how pertinent those very words would be now some 50+ years down the road?

With Obama’s one foot out the door and Trump’s other foot halfway in, there’s no telling what will happen next year and in the years to come since repealing Obamacare was a huge part of his campaign. Just when you thought you understood what you had to do to keep Uncle Sam happy and the tax man off your doorstep, the rules are set to change once again.

Let’s Play Monkey in the Middle

If you are a small to midsized business in the United States, you might want to take a refresher course on that old kids’ game, Monkey in the Middle. Where large corporations are governed by one set of rules under the ACA and very small businesses operate under another set, SMBs are caught up in the middle. Large corporations get all kinds of tax breaks and very small businesses get all kinds of government assistance but SMEs, the backbone of the country, are left holding the proverbial bag. It has fallen upon them to bear the weight of Obamacare.

What Kind of Insurance Must You Offer?

Then there is the fact that there are various types of insurance which can ‘fit’ ACA regulations and some which won’t make the grade. Some businesses wanted to stay with the company they already had for many years and others opted into the benefits Obamacare insurance providers could offer. It was often a mess sorting out whether or not a company could stick with their current provider and of course, it all centered on whether or not that insurance company would be willing to underwrite specific coverages that the ACA mandated were necessary.

Adding Layers to the Foundation

Insurance, as mentioned, is really just the foundation of a benefits package with other perks sweetening the deal. Some companies choose to offer shares as incentives while others add cash awards for certain milestones being met. Some packages are inclusive of company cars, Internet for the home office if that worker is ever going to work through a remote connection and the list goes on from there. All of this needs to make sense from a business sense as well. A benefits package needs to up the ante but at a reasonable cost to the employer.

With all this going on now and in the near future, it really would be in the best interest of your SMB to contract an expert team of benefit advisors. Compliance is important but for how long will regulatory compliance be in stasis? Will the new administration rush through repealing the ACA as top item on his agenda or will it be put on a back burner until other, more pressing matters can be sorted out? No one knows for sure at this time but what we do know is – grab your seats. The fun is about to begin! 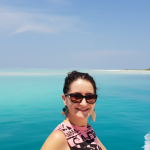