If At First You Don’t Succeed: 10 Tips For Successful Funding Applications Writing successful funding applications is a matter of persistence, being able to ask for and listen to feedback, and being willing to make changes to your start up baby.

Sooner or later, you will be successful.

#1. Be aware of the bigger picture.

Look at the percentages, often the odds of even making it through the first round of applications might be as low as 1 in 10. Keep asking questions, find out what the funder is looking to fund in the grants they are offered. Remember too, that things change aswell, just because something was being funded in 2013, doesn’t mean it will still be in 2015.

Don’t see your application as anything definite until the cheque is actually in your hand, better still your bank account. The odds of succeeding are never any better than 1 in 2, and more likely to be much much lower.

#3. Be prepared for multiple applications

You probably won’t be successful the first time, if you do, fantastic! But that is a bonus. Don’t see a rejection as the end point. Instead use it to get feedback. Why didn’t I get it? What could I have done differently? What should I change? It’s natural to feel annoyed and disappointed not to have received the funding. This again shows that you care. One recent friend, on their 5th application, was finally successful, and received a six figure sum to take his business to a whole new level.

The 2nd and 3rd unsuccessful applications show funders you are still serious about your business. Often you also end up improving and learning  things  by those revisions too.

Remember too it’s a dynamic landscape where you may have asked for something, which while not on the funding checkpoint list in 2014, may become desirable in 2015.

#4. Don’t get frustrated with individuals, be pragmatic.

Don’t get annoyed with the individuals you may be dealing with. Often the first point of contact may be inefficient, or even unreliable. Remember these things will happen, but these sort of people often quickly come and go. Be persistent, try to reach the actual decision makers, so that you’re not deterred by flaky door keepers. Don’t get mad, get even is a really helpful thought to hold onto when things move slower than you would like them to.

“Feedback is the breakfast of champions”

#5. Keep fighting to get feedback, and then more feedback from funders, peers, mentors, anyone relevant!

Once you get hold of these people, ask for feedback. Also if they leave you hanging, give it a week, and then contact them again. They are often busy people, and human too. This means things drop off the radar. If there are 50 applicants, and 30 have been selected. The 20 that didn’t make quickly drop off the radar. However, for you, as one of those 20, you need that feedback. It once took us 3 weeks before we got hold of someone. We were a bit annoyed, but in the bigger picture the advice they gave us was worth the effort.

#6. Keep talking to your mentors and advisors.

Talking to potential customers is tough, hearing negative feedback is tough too. However a good mentor can help you to look at things that you’d perhaps rather not have looked at. They will also help you to identify things that you maybe too close to the idea to see. Often you are 90% of the way, but their insights can help to give that you extra bit that differentiates you from the opposition.

#7. Cultivate the people who turned you down

The people who said no to your funding applications may still be able to help you. It’s highly possible your application didn’t make it through for reasons you have not even considered. Therefore while they couldn’t give you the funding, their advice may be worth just as much.

#8. No mentors or advisors? Go and find some.

Several of our most helpful mentors are people we only met this year. Despite not knowing them for long, the Irish & global startup scene is full of smart, generous people who are willing to help share their experience and wisdom with you. They might say no, but if you never ask, then you’ll never know. It never hurts to ask.

People generally like sharing their advice, opinions and war stories.

They were often in the same position as you. Invariably too, they were helped on the way up too. Most people want to ‘pay it forwards’ too. In some ways you are offering them an opportunity too. Not everyone will reply, but often a couple of wise heads is enough to make a big difference.

#9. Remember to ask anyone, anywhere!

Twitter and LinkedIn offer a fantastic tool for reaching out to people from all over the world. You’d be surprised who might respond to your requests for advice and feedback. We’ve had great ideas and insights from people in Peru, Australia, Singapore, as well as the UK and the US.

Achieving a successful funding applications should be seen as part of a wider campaign. You will lose some battles along the way, but they maybe crucial in achieving the wider victory. Many people never apply for the same fund twice, so if you do, you are already giving yourself a great potential advantage. It may seem like a pain, but if it was easy to be successful then everyone would be! Good luck with it, and feel free to connect on twitter if you have any questions.

Images: ”Folders with the label Applications and Grants/ Shutterstock.com“ 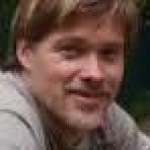