Hispanic-American consumers continue to be among the most important demographic groups in the United States as their market keeps growing over time. If you aren’t marketing to these TV audiences, you could be losing a lot of opportunities. Why?

So how can you take advantage of these stats to connect with to the US Hispanics market? We have highlighted 7 tips below to help you achieve this:

Determine the Potential of Your Media Brand

Define the specific goals as well as objectives of your brand. Think about how you want Hispanic consumers to see it. Identify any problems you face in the Hispanic market (these challenges will surely be different from those of the English-speaking audience) and look at the players that are presently active. In 2016, companies had investments totaling $7.83 billion in U.S. Hispanic primary media such as TV, newspaper, radio, cable, and magazines. If any of your direct competitors is part of those deals, that means you need to develop a marketing campaign to stake a claim in this market also.

You should understand some factors that shape the Hispanic population in the US: Age, cultural background, attitudes, behaviors and belief systems all play a role in this regard. Try and design media strategies that are hyper-local as purchasing power, market size, acculturation, age, and consumption channels are all different based on geography. You could focus your attention on big Hispanic markets like Los Angeles, Houston, Dallas-Fort Worth as well as Chicago.

Connect with Hispanics Where They Are

It is not uncommon to see brands regard the Hispanic market to be an extension of their present overall strategy; however, the Hispanic audience deserves to be accorded more attention, more respect. Hence, you need to design an integrated media mix using both traditional media and digital media as well. The broadcast media is well loved among Hispanics as compared with the overall population of America. You need to keep these facts in mind in reaching Hispanics audiences where they are:

Terrestrial radio: As at September last year, the number of Hispanics that tuned into weekly radio stood at 41.3 million, which increased from 40.1 million Hispanics during the same period in 2016, showing a decent rise from 39 million in 2012. The favorite format is regional Mexican, with midday being the most popular day-part and listenership does not take place at home. It took place out there; outdoors.

Online radio: Platforms like Pandora keep winning new Hispanic consumers. 25 percent of listeners are Hispanic, and 70 percent of Hispanics purchased a product that was advertised on internet radio.

Social media networks: Having the assumption that Hispanics love social media platforms is not unreasonable with over 26 million of them using Facebook, more than 12 million on Twitter, and over 9.7 million on Instagram.

This point is an offshoot of the preceding one. It was reported in a study that nearly 50 percent of Hispanic millennials or Generation Y stated that they had discussed a brand on the Internet with others or made use of the hashtag of the brand, compared to 17 percent of those that were not Hispanics. The gap between the two groups is huge and interesting, considering how much time Generation Y generally uses on social networks.

This underscores the importance of social media in helping brands connect and develop an accord with Hispanic consumers, particularly the much-sought-after millennials. You should realize that people visit social media platforms regularly to be entertained with creative posts and links to watch their favorite TV shows, to be educated and informed with up-to-date information. Thus, you need to keep this in mind when formulating a brand message to successfully interact with Hispanic millennials and develop brand loyalty among them.

Know the Difference between “Hispanic” and “Latino”

Though the 2 terms are often used interchangeably, they don’t mean the same thing. Hispanic, on the one hand, is used to describe people that speak Spanish, and are Spanish, Mexicans, Central Americans or South Americas — or have their ancestors from these places. Latino, on the other hand, is a term referring to the Latin American people: The likes of Mexicans, Central American, South Americans, and people from parts of the Caribbean are in this category, so are those whose ancestors are from these places. Majority of Latinos speak Spanish also. While Brazilians are regarded as Latinos, the Spanish people are not.

Armed with this information on the difference between Hispanic and Latino, you should try to do research on the US states where large Hispanic populations are found and tailor your TV marketing campaigns to suit their culture and taste. We will talk more about this in the next tip.

In developing your content, it is a great idea to add humor, but try to avoid stereotyping as this can give a bad impression about your media brand. Adopt a messaging approach that speaks to the Hispanic audience. This practice will help spice up your TV content, which will, in turn, increase the time spent watching TV by Hispanic consumers. You may consider using Spanglish if your target audience is the more acculturated Hispanic people.

In research by Pew Hispanic Center, it was discovered that Hispanic mobile phone users are more likely (40 percent) than Anglophone owners to gain access to the internet (34 percent). Furthermore, data obtained from a Google Consumer Survey done in July 2014 shows that Hispanics are 1.5 times more likely to purchase mobile phone application as well as digital media compared with non-Hispanics in the US. In light of these figures, you should not miss an opportunity to relate with Hispanic TV consumers by making every one of your digital touch points and campaigns mobile-friendly.

To reach Hispanic-American audiences, you should determine the potential of your media brand, learn more about the Hispanic media landscape, create customized TV content, and optimize your media campaigns to be mobile-friendly. By following all the tips highlighted above, you will be able to engage and connect with the US Hispanic market well and get more viewership for your TV shows and programs. 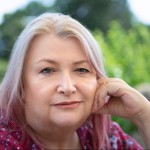